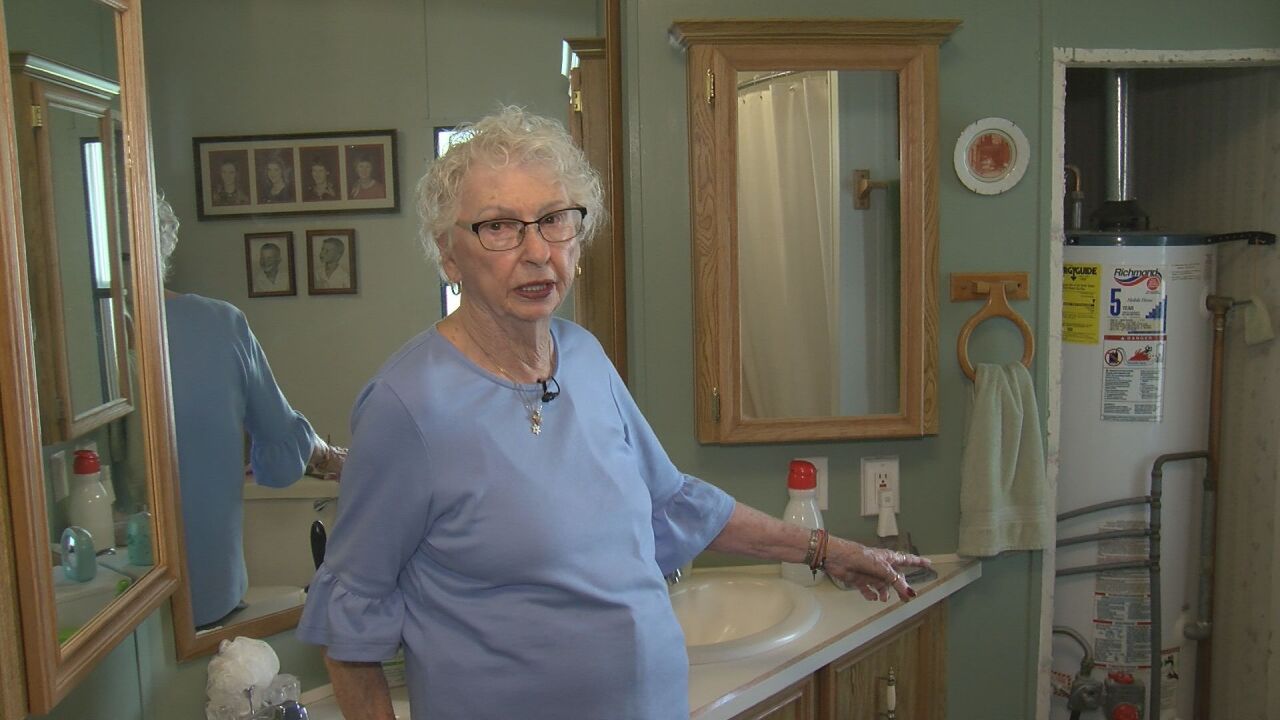 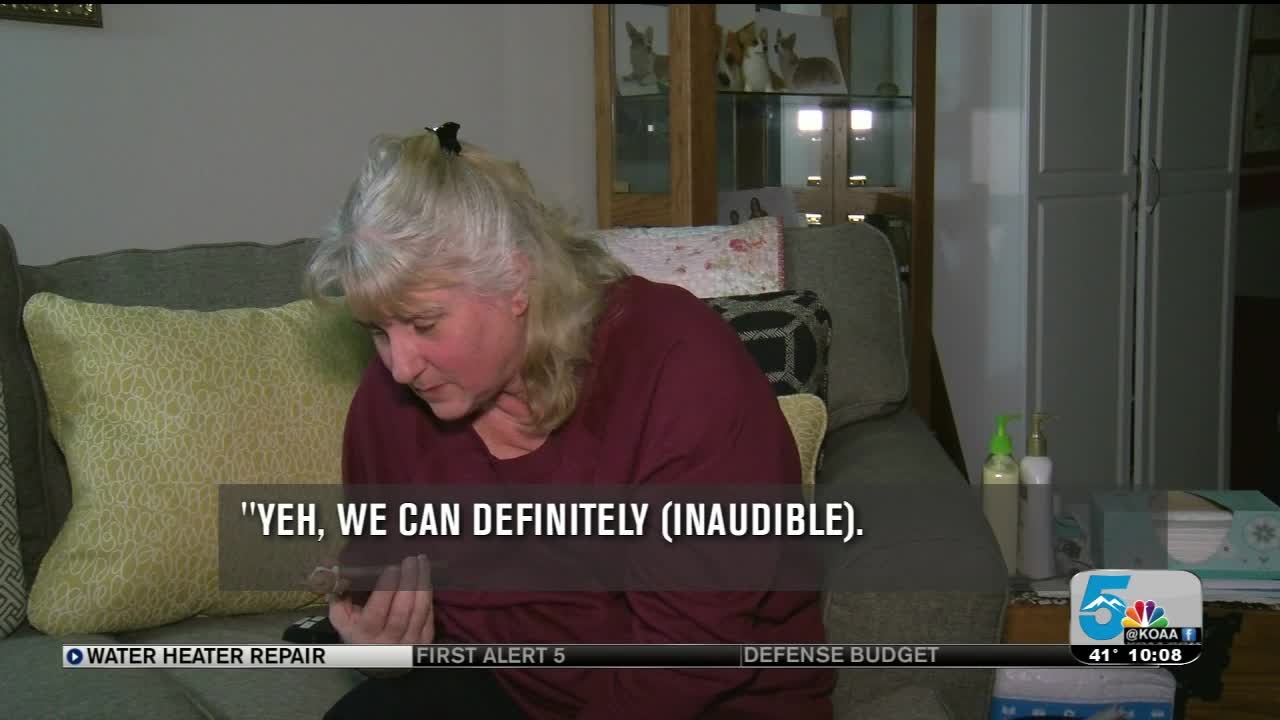 COLORADO SPRINGS — Home warranties are designed to protect your investment, but there has been long debate over whether they are worth the money.

American Home Shield says it has paid out $2 billion in claims since 2013, but they wouldn't replace an elderly woman's water heater for weeks until News 5 Investigates got involved.

"My water faucets don't work," Carol Green said. "I have no showers, no dishwasher, no laundry. I have no water period."

The company charges her nearly $500 annually to cover appliances, including water heaters. When that broke, she thought it would be an easy problem to fix, but the 81-year-old says she's been getting the run-around.

Carol's daughter, Kirsten, has also had her patience tested when she tried to get the claim approved.

"It's just every single day, 2-4 hour phone calls with them constantly going over the story over and over again," Kirsten said.

Kirsten was so frustrated with American Home Shield's customer service team, she invited us to listen in and record one of many phone calls she placed.

We witnessed Kirsten be placed on hold multiple times with no resolution.

"I'm going to be advising you to call us back tomorrow," one American Home Shield representative said. "I will also be looking for the work order request tomorrow."

Kirsten then asks for a supervisor and is placed on hold for an hour.

A supervisor eventually answers the line and then hangs up.

"It has been a battle from day 1," she said. "American Home Shield got their $100 the minute my mother called and said her water heater was out. They wanted the $100 they get for every incident."

In addition to collecting the $100 deductible and not ordering the water heater, Kirsten says another American Home Shield agent told her that her mother needed to pay an additional $797 before the water heater could be installed.

"I wasn't getting anywhere with them," Kirsten said. "At one point he (American Home Shield agent) was just belligerent with me and I told him I can call the TV station and we'll see who gets there first---the hot water heater or the TV station. He said I can do what I need to do and I said I will, but imagine your 81-year-old mother who can't use her toilet or can't use her shower."

After connecting with Kirsten and Carol over the phone, I reached out to American Home Shield.

Within 24 hours, we received good news----the company had approved the claim and the water heater was ordered.

As soon as the water heater was ready for delivery, we went to Carol's house to make sure everything went smoothly.

A plumber had to make two separate visits, but everything was installed properly.

"This is my first glass of water in 22 days," Carol said as she smiled at our cameras.

In addition to replacing Carol's water heater, American Home Shield agreed to refund her $100 deductible and waived the $800 in other charges for the re-piping and venting work that needed to be done.

The company also apologized to Carol and her daughter.

"We sincerely apologize for the inconvenience and frustration Ms. Green experienced," a spokesperson for American Home Shield said. "Our goal is to provide quality service and valuable budget protection to homeowners. If we fail to meet these expectations, we work to do the right thing and ensure the situation is properly resolved. Most importantly, we evaluate where the breakdown occurred so that we can address the cause and reduce the likelihood of a recurrence."

KOAA-TV News 5 would like to thank American Home Shield for acknowledging this problem and quickly working to resolve it. They were transparent and honest throughout the process with us.

Home warranties can provide protection from unexpected repairs and problems. However, it's important you read your policy in its entirety, especially the exclusions.

There's usually a deductible for each claim and it's important to know that cost in addition to your monthly or annual fee for services. In this particular case, Carol's water heater was covered under warranty. The problem only originated with trying to get the claim processed and approved in a timely fashion.

Q: Typically when your water heater goes out, you'll still have cold water. You mentioned that Carol had no water in her home. How did this happen?
A: The way that her piping was done, all water in her mobile home runs through the water heater so when that was shut off to prevent a leak or future problems, she lost access to water.

Q: Prior to your involvement, how long did Carol and her daughter attempt to resolve this matter on their own?
A: 3 weeks. Carol's daughter, Kirsten, estimates that she spent at least 18 hours on the phone with various representatives from American Home Shield.

Q:How were you able to get this issue resolved?
A: Our station is not a customer of American Home Shield and therefore, we do not go through the same customer service hot line number that regular customers would call. We reached out directly to the executive management team to resolve this matter and they were responsive to this issue.

Q: Is there a way I can avoid the headache of waiting on hold for customer care?
A: Some warranty companies will allow you to file claims in writing or over the Internet. If you can file a claim this way, you also have a documented paper trail. It's much easier to keep records when you have information in writing. Unless you record a phone conversation, it's really difficult to prove who said what. You can also find yourself being transferred from one agent to another.

Need our help?
If you've tried to resolve a problem on your own and aren't getting anywhere, we may be able to assist. Please send a summary of your problem and any supporting documentation to News5Investigates@KOAA.com.