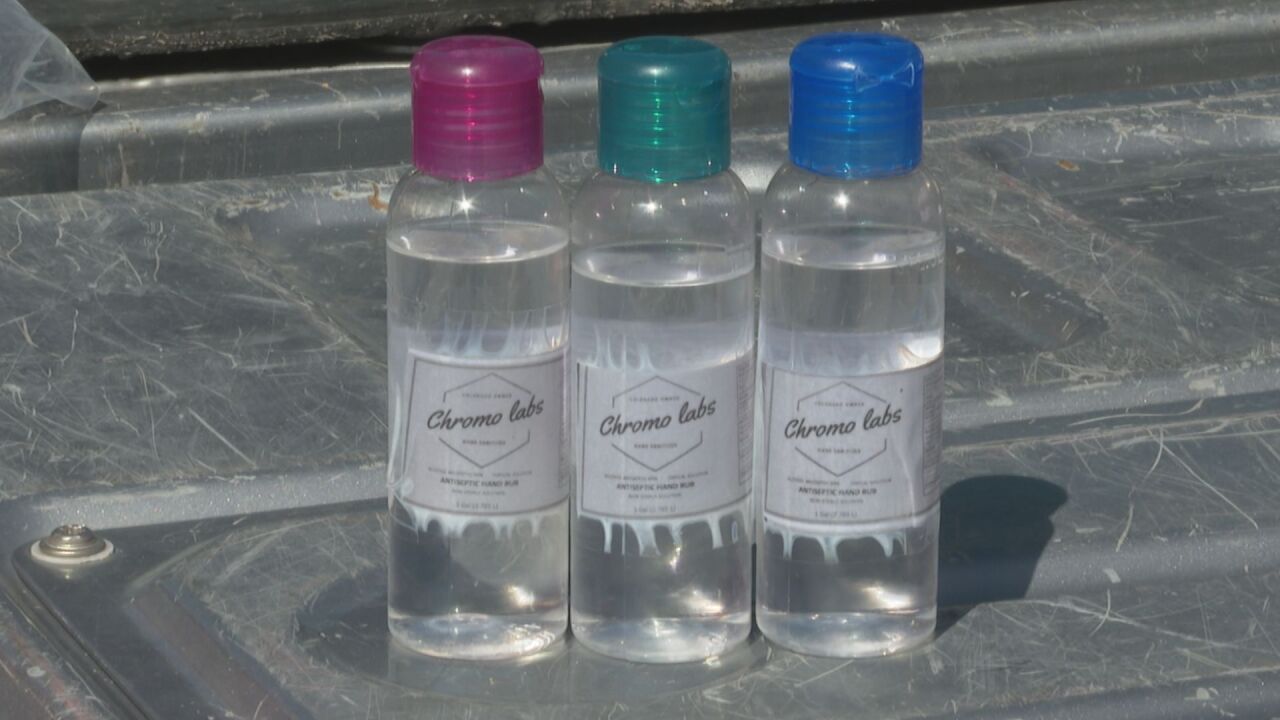 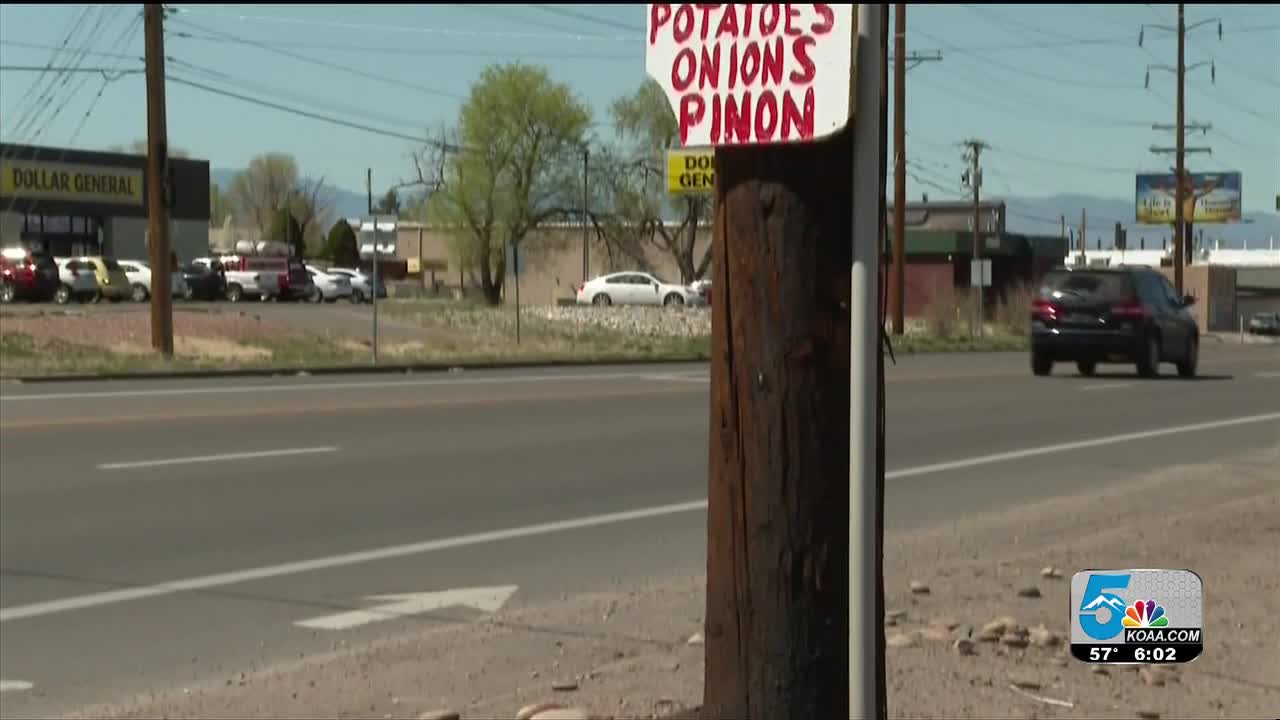 PUEBLO — Our News 5 Investigates team is following up on a story we first reported on April 8.

A street vendor in Pueblo accused of price gouging hand sanitizer may find himself in some trouble, if caught.

The labels on the sanitizer has the company name "Chromo Labs" listed on it.

News 5 Investigates reached out to Chromo labs to verify whether they are making sanitizer and gluing labels on small bottles for sale on the streets of Pueblo.

Chromo Labs CEO Chris Clark says while his company does make sanitizer, it does not sell or distribute them on the bottles we showed him.

He's now encouraging people not to to use that sanitizer if it was purchased from a street vendor.

"We do not produce these smaller bottles currently," Clark said. "We only produce 1 gallon containers and you can see on the small bottles that they are labeled 1 gallon, so it was clear that someone had taken one of our products and probably removed the label, copied it and attempted to put it on their bottle and pass it off as Chromo Labs.

The issue first came to light with a viewer named Ron Nedbal.

He says a family member purchased small bottles of sanitizer for $15 at the corner of Santa Fe Drive and Aspen Street.

His gut instinct told him something wasn't right. He noticed the product label was blurry and had inaccurate information on it, like the size of the bottle which stated it was 1 gallon. In reality, it was a 2-3 ounce bottle.

The label also appeared to be glued and taped onto the bottles.

Nedbal says he tried to report it to both the health department and Pueblo County Sheriff's Office, but believes no one took him seriously.

Thursday, a spokesperson for the health department released the following statement to KOAA 5:

"(Our) Environmental Health Specialist stated when they catch the individual selling the item, they can confirm if the following is occurring
-Price gauging
-False Advertising
-EPA Laws not being followed
At that point when the Name and Date of Birth is gathered and a law is being broken it will be turned over to the District Attorney or Attorney General."

Clark is now seeking legal advice to protect his company's reputation and stop the false advertising. He adds that he only started making sanitizer recently to help hospitals and medical personal who need it.

"We are going to do everything we can to stop this and we just want anyone who may be concerned to call our company," he said.

If you purchased small bottles of sanitizer from a street vendor in Pueblo with a "Chromo Labs" label on it, you may contact the Pueblo Health Department at 719-583-4300.

We also reached out to the Pueblo County Sheriff's Office to find out why they are treating this case as a civil matter. A spokesperson said they are researching the case and will get back to us.

As we get new developments, we'll be sure to pass them along to you.

Do you have a story idea you'd like News 5 Investigates to look into? Send an email to News5Investigates@KOAA.com.