Homeowners say company paved their driveway without permission, then demanded $16,000 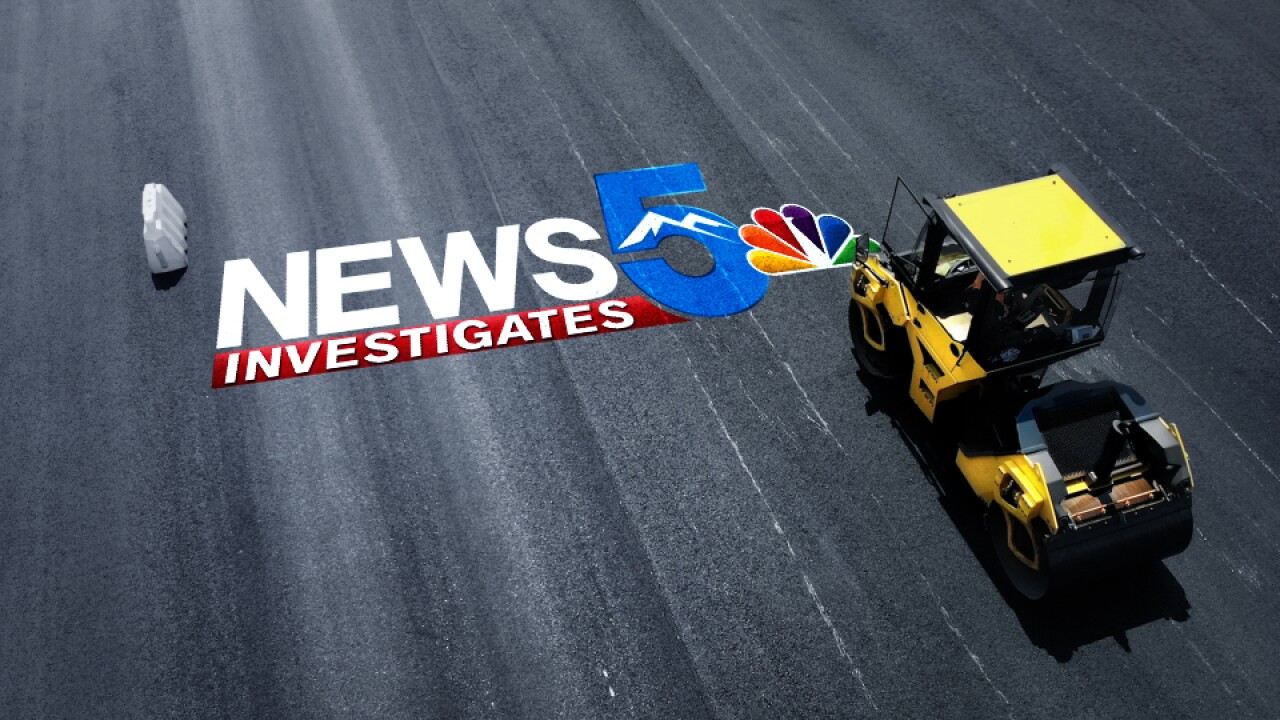 EL PASO COUNTY — A retired couple in Black Forest says they feel they were duped by a Colorado Springs paving company.

Pam Deveroux and her husband say Kingdom Road Colorado, LLC showed up while they weren't home, re-paved their driveway and then demanded $16,000.

Under pressure, Pam pulled out her pocketbook and wrote them a check.

"We came home around 12:15 p.m. (on a Saturday afternoon in May) and they were here and had already paved the driveway," Pam said.

Pam was furious when she and her husband came home to find their driveway re-paved by a company that had been driving around the Black Forest area the previous afternoon.

Pam admits her driveway had cracks, which likely attracted the workers to her home.

She is adamant that neither she nor her husband ever authorized them to go onto their property and repave the driveway.

"I asked how much this was going to cost," Pam explained. "He came back and said $16,800 and I told him I don't have that kind of money. We don't even have half of that money. He left and came back and said I'll tell you what, pay us $6,500 and we'll eat the rest. Wanting them off our land and to be gone, I wrote them the check. He repeatedly said we're not scammers. We're good Christians."

After letting what just happened sink in, Pam and her husband canceled the check before the money could be taken out.

"You can't let intimidation let you fall for it because that's what I did," she said. "I finally got so tired of him arguing with me and saying he had permission---I just wanted them gone!"

Kingdom Road Colorado LLC is the company behind the work.

They listed their address at 109 Iowa Avenue in Colorado Springs.

However, when News 5 Investigates went to that address, it clearly was not a paving company or construction business.

We reached out to the company via email on Monday and received a call back Tuesday. The caller wasn't the owner, but a man named "Jack".

Jack told News 5 that Pam had signed a written contract for the paving job prior to work being performed.

We asked to see a copy of that contract, but he declined and stated he wasn't the owner and would pass along our message and request to the owner.

At the time of our broadcast, a response from the owner has not been received.

Pam disputes the fact that she agreed to the paving job and signed a written contract in advance of work being performed. She stated she only got an invoice receipt after she felt pressured to sign over a check.

Because the check was canceled, the company didn't receive any money.

However, if you think Pam got a "free" driveway out of this situation, she says that couldn't be further from the truth.

Pam says the repaving job has led to flooding issues in her driveway and house.

"When it rains, we have a huge puddle of water," she said. "The water just goes right into the door. We've had to mop it up once already when it comes into the house. We are in the process of taking out a home equity loan to pay for repairs."

Kingdom Road Colorado LLC told Pam this was all a misunderstanding and they do not plan on pursuing her for the cost of the paving job.

If you have a problem or issue you'd like News 5 Investigates to look into, send an email any time to News5Investigates@KOAA.com.