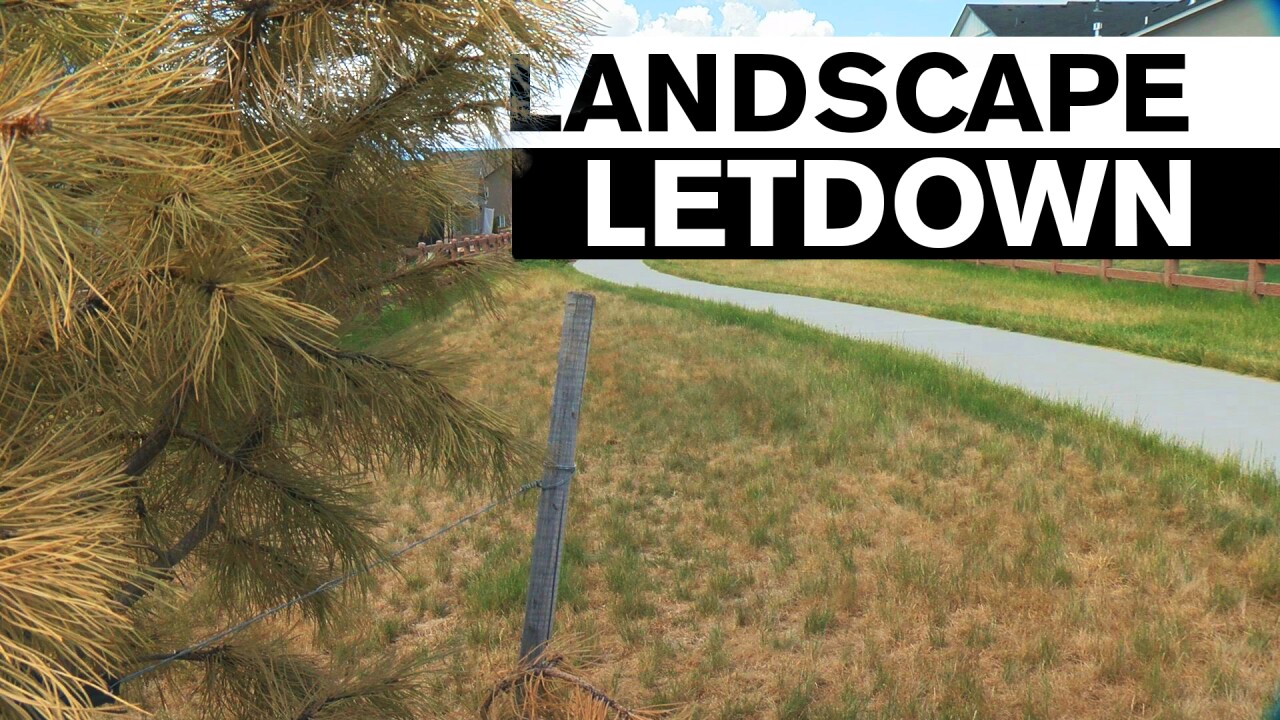 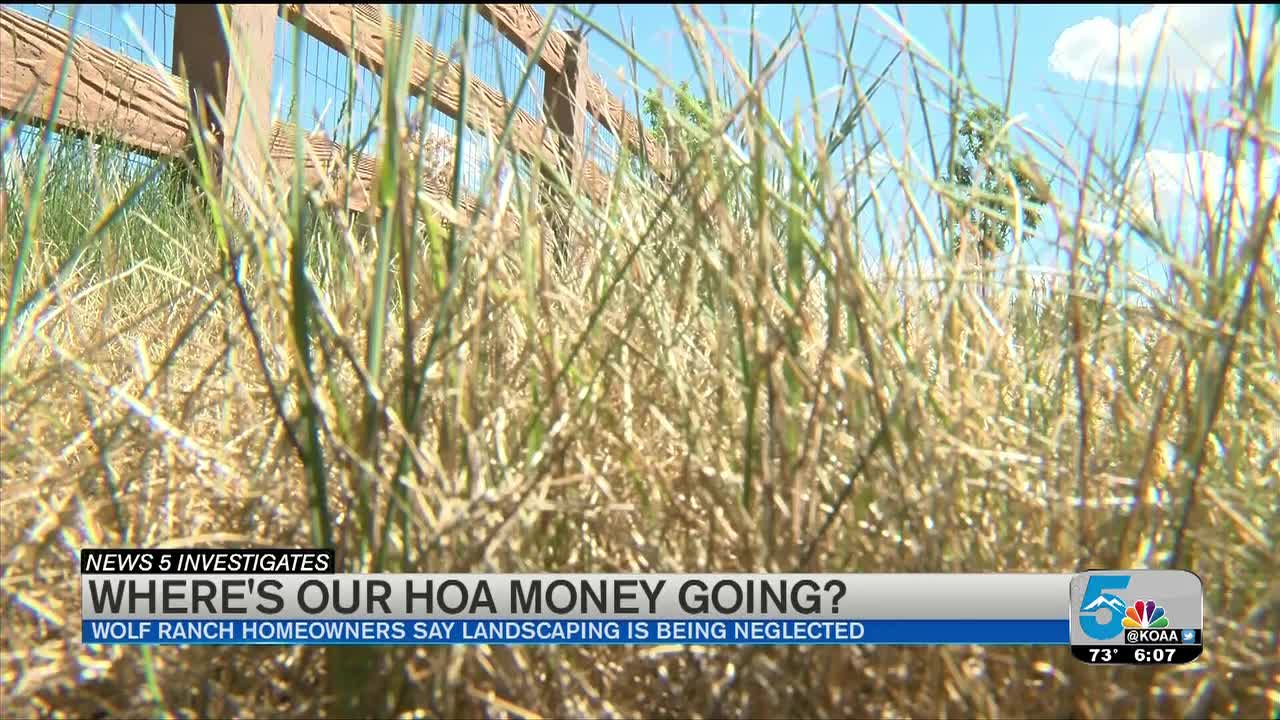 COLORADO SPRINGS — Homeowners in the Wolf Ranch neighborhood on the northeast side of Colorado Springs want to know where their HOA dues are going.

HOA fees vary depending upon where you live in that neighborhood. Some pay $60/month, while others are paying upwards of $200/month.

Residents say that a portion of that money is supposed to go toward maintaining common area landscaping.

After witnessing dying trees, dead and uncut grass and water/irrigation issues, they started questioning how their money is being spent.

He asked, "Where is our tax dollars going?"

Arrigo is not happy with how the Wolf Ranch neighborhood has maintained a common area space and trail behind his yard. He says it's being neglected.

He and other neighbors on Thurber Dr. all pay monthly HOA fees for common area maintenance and other amenities.

Arrigo says that if his yard looked like how the neighborhood was maintaining common area fields and trails, his HOA would be the first to let him know about it.

"If we as homeowners have problems with our trees, we have to replace them," he said. "If we have weeds, they fine us."

When he noticed multiple areas in his subdivision that appear to be neglected, he started asking questions.

You don't have to walk too far in the neighborhood to find multiple dead trees and patches of dying grass.

News 5 Investigates reached out to Warren Management for comment.

We're told that although they are the company contracted to run the Wolf Ranch Owners Association, they do not own or maintain common area landscaping.

Although it's important to note that the landscaping company can only perform work authorized by the Metro District.

"I'd like to see them put in all new trees and if they can't do it or don't want to do it, then they need to give us back our money," Arrigo said.

Despite posts on social media claiming complaints about landscaping in Wolf Ranch have been filed with Colorado Springs Code Enforcement, the City tells News 5 that they don't have any complaints on file.

On June 29, 2020, News 5 submitted an open records request to the City of Colorado Springs asking for copies of any complaints filed pertaining to dead trees, weeds and landscaping in the Wolf Ranch subdivision.

"Neighborhood services does not have any responsive records to this request," the city replied.

Meanwhile, Timberline Landscaping acknowledged there is a problem.

"We do maintain the Wolf Ranch Development," Joshua Pool, chief operations officer and horticulturist with Timberline Landscaping, Inc. said. "We are aware of the issues you mentioned and they are being addressed. Several factors are impacting the landscapes in Wolf Ranch as well as the majority of the Colorado Springs area."

A spokesperson also left a voice message for News 5 clarifying that a freeze last year and in April of this year are partly to blame for what happened, and added that further questions would have to go back through the Old Ranch Metro District.

Tim Seibert, Vice President for the district board sent us the following information via email:

Wolf Ranch is a large and growing community with different landscape conditions throughout. Each neighborhood has unique needs that can require a specialized response to ensure a healthy landscape over the long term. At the beginning of 2020, we set a goal to conserve water, allowing native grass areas to grow taller. This allows for the roots to grow longer, making the plants more drought tolerant. One of the areas that has native grass is in the trail corridor between Fergus and Thurber Drives. In early June, we started our first mowing of the season. I have attached a communication that we sent out to the community on June 6 via email and Nextdoor. We share the concern raised about dead or dying trees within the community. We engaged an arborist to evaluate plant tree health to ensure a full understanding of the reason for the plant loss. They identified noticeable dieback of plants in Wolf Ranch primarily due to a hard freeze in October 2019 and again in April 2020. Over 100 trees have been documented to be replaced and we are working with the arborist to ensure the new plants are hardy enough to survive in Wolf Ranch. Replacements have been ordered for many trees and removal and replanting has already begun for some areas. Availability of trees and shrubs is a concern. We are working with several nurseries to secure the needed trees.

You can also view the newsletter that was sent out to Wolf Ranch Homeowners last month here.

News 5 Investigates will follow up on this situation in the near future and monitor progress.

If you have a problem or issue you'd like our investigative team to look into, call our tip line any time: 719-228-6275. You can also send an email to News5Investigates@KOAA.com.