Act of kindness: Generous donation given to family featured in News 5 Investigates report 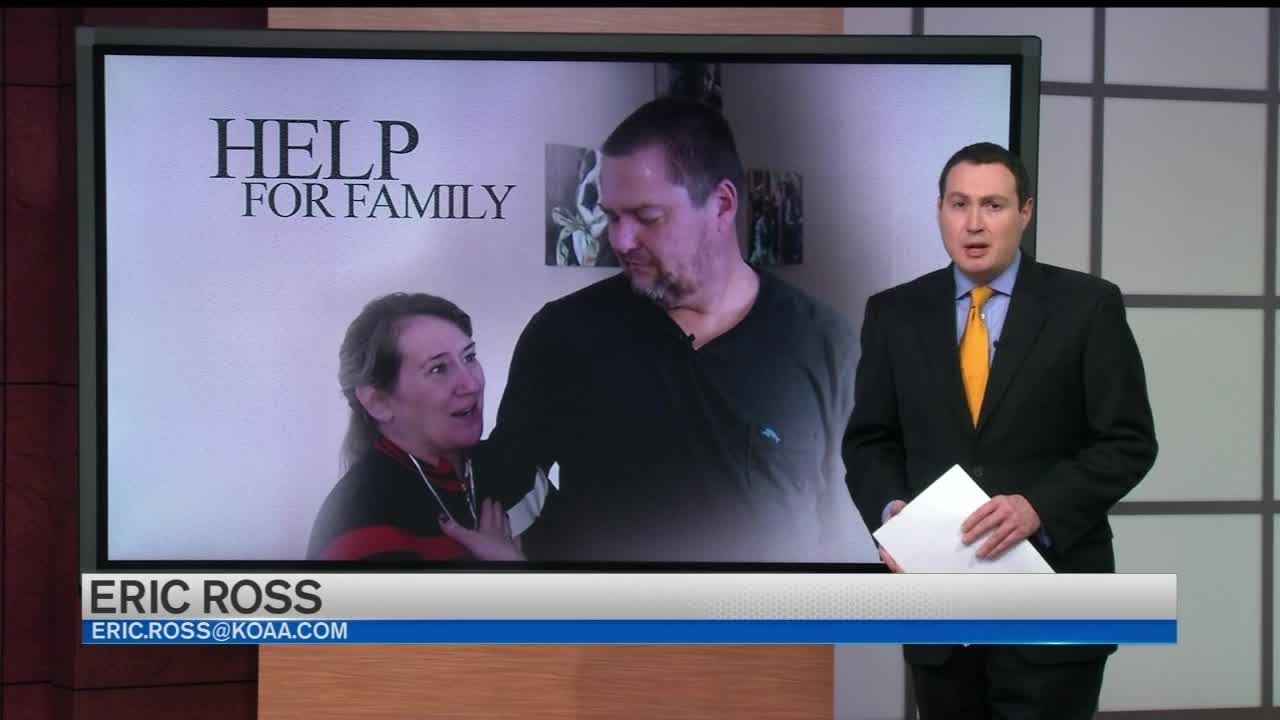 Just a week before Christmas, we have an act of kindness to share with our News 5 viewers. Earlier this year , News 5 Investigates revealed how Wellness Walk-In Tubs left a family and their disabled daughter with an unusable bath tub. Now, a former employee of that company is coming forward to help the family with a generous donation.

COLORADO SPRINGS — Just a week before Christmas, we have an act of kindness to share with our News 5 viewers.

Earlier this year, News 5 Investigates revealed how Wellness Walk-In Tubs left a family and their disabled daughter with an unusable bath tub.

Now, a former employee of that company is coming forward to help the family with a generous donation.

That employee didn't want her name or face shown on TV. She simply wanted to help the Muszynski family out after watching our original story.

The employee voluntarily left the company and says she didn't get paid all the hours she worked.

She filed a wage complaint with the State's labor division and shortly after, Wellness Walk-In Tubs settled by sending her a check in the amount of $996.

We first met Richard Muszynksi and his daughter, Abagayle, in the Spring of 2019.

Richard says Wellness Walk-In Tubs was supposed to install a special accessible bath tub for his daughter who cannot walk or sit up on her own.

The company did install the tub, but Abagayle couldn't use it.

""There's no seating for her," Musynski said. "She can't sit in it. There's no support, no stability. It's just a piece of furniture."

Muszynski says the company was supposed to install a mesh-type harness, similar to a hammock to support Abagayle while bathing. For whatever reason, that never happened.

The company also didn't pull proper permits when the tub was put in.

A licensed plumber found major issues too. For example, parts that were not approved for above ground plumbing.

A plumber also said that the water lines and supplies for the tub were not installed per code and put the tub at risk for future leaks.

Sean Welch, the owner of Wellness Walk-In Tubs denied any wrongdoing and put blame on his installers.

Pikes Peak Regional Building ultimately ruled the responsibility to ensure the project was completed in accordance with the law was his sole responsibility.

PPRBD issued Welch and his company a "warning" as a result of Muszynski's case.

After watching our news coverage, a former employee reached out to alert us that she filed a wage complaint against Wellness Walk-In Tubs for unpaid hours she says she worked.

When she received her "settlement" check, she asked us to deliver it to the Muszynski family.

"Here we have a check for $996 for you and your family," Chief Investigative Reporter Eric Ross told Muszynski.

""It's wonderful," she said. "I can't believe she did that. It's nice to know that there's kindness and hope and good people in this world."

Muszynski also showed us his daughter's bath tub remodel after another company came in and installed the special harness Abagayle needs.

The former employee was heartbroken to hear how the Muszynski family was treated and just wanted to do the right thing.

"It's extremely generous and polite," Muszynski's wife said. "The money will definitely will go to good use for her. It just touches us in a special way. We're so thankful for you and all your work and advocating for Abagayle. It means the world to us."

The Muszynski family says they will be using that money for other accessibility upgrades throughout their home.

Prior to this story airing, we reached out to Sean Welch, the owner of Wellness Walk-In Tubs.

A "senior administrator" for the company issued the following statement:

(NAME REDACTED) was an employee for us in 2018 and she resigned from our company with zero notice. She has since been paid in full for all hours that she reported to us as worked. There is a discrepancy in the number of hours she says she worked and what she reported to us. We have invited (NAME REDACTED) to discuss said discrepancies with us on several occasions and she has never responded. We gladly invite her to have a discussion with us so that we may resolve any concerns she has about the discrepancy she has in her hours.

Need our help? News 5 Investigates is here for you. You can send an email any time to News5Investigates@KOAA.com.