A long time Pueblo resident tells News 5 that she has spent more than a year trying to get her father’s picture added to the Pueblo Veterans Bridge web site.

If the problem sounds familiar, it’s because News 5 Investigates looked into delays in getting the names of Veterans engraved on the bridge last month.

That problem was fixed almost immediately after we started asking questions, but now we’ve learned about a new problem.

“People paid their money and they expect the picture to be there,” Sandy Proctor said. “They got his profile up on the web site, but I have yet to see his picture up there.”

When Sandy logs onto her computer to look for her father’s profile, she can see his list of awards and dates when he served in the U.S. Army. 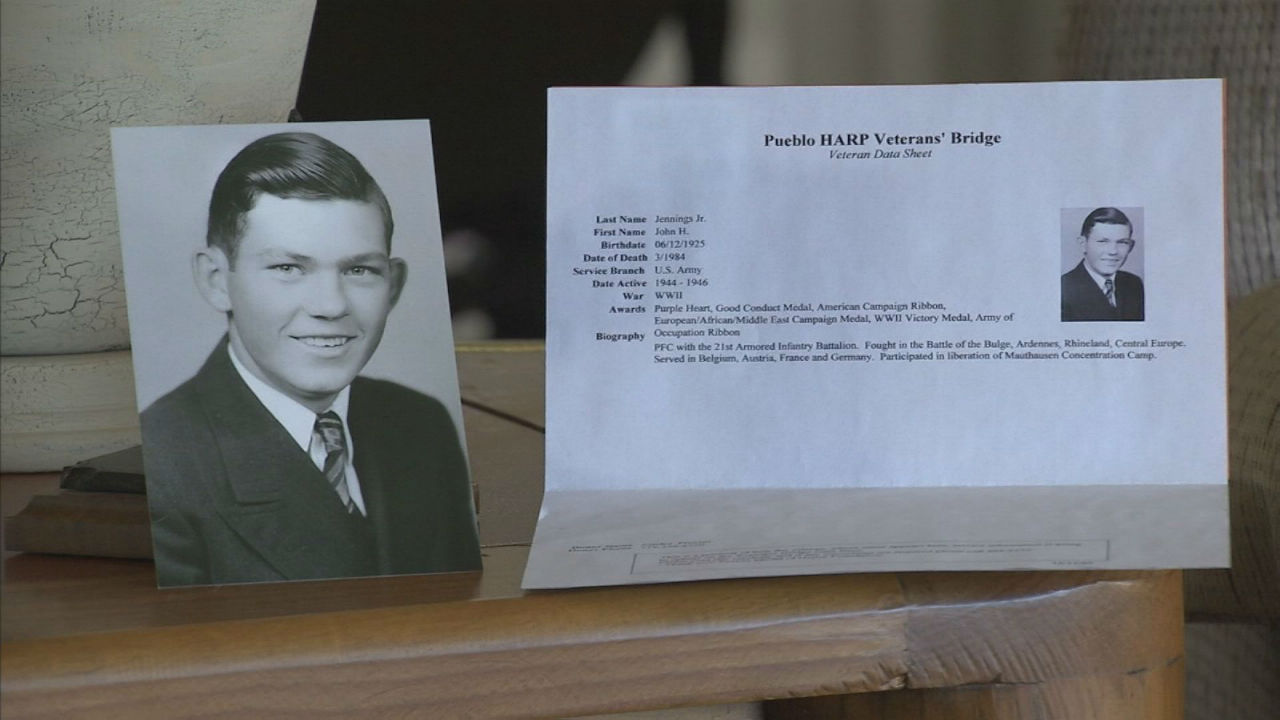 Sandy says she has called the HARP Foundation numerous times for an explanation.

“They gave me the story that they are going to do a database transfer and everything would be fine,” she said. “When they got that done and I went to check the kiosk, his name was nowhere to be found. Nothing was there.”

“The Veterans in this community are too important to the HARP Foundation,” she said. “We do apologize for the frustration and we know we can do better.”

In the case surrounding engraving delays, the HARP Foundation said they had trouble getting in touch with the engraver who previously performed work on the bridge.

The engraver finally showed up to complete the work after multiple phone calls.

As for this latest issue, Clark clarified that no profiles or pictures are lost. Instead, Clark says there are issues with transitioning from an old computer system database to a new one.

Clark says a “programming bug” is in the process of getting fixed and they hope to have everything resolved by the end of the year.

When News 5 Investigates asked about multiple profiles that were missing pictures, Clark said the web site was taken down so it could be corrected.

Clark says she has clarified the issues with Sandy and will follow-up with her in two weeks to give her an update on the situation.

Clark also assured News 5 Investigates the matter will be resolved in the next month.