FREMONT COUNTY – In the past, News 5 has warned you about the famous “jury duty” scam that threatens people with jail time if they don’t pay money for reportedly failing to appear for jury duty.

The best way to keep your personal information safe is to not give information over the phone or through email to people you don’t know. Even if the caller acts like they already know some of your personal data, consumer experts say you should just hang up the phone.

It’s a lesson Dan Williams had to learn the hard way. 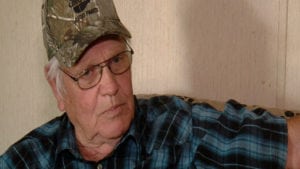 Williams says he recently received a phone call from someone claiming to be with a computer technology company.

“They said they wanted to refund my money and that they were going out of business and that they made a deposit and made an error on that deposit,” Williams said. “Instead of $300 it was $3,000.”

Williams said the caller told him they had sent an email and refunded the remaining portion of an anti-virus subscription he purchased years ago.

Williams logged onto his computer and said he saw the “accidental” deposit of $3,000.

If that doesn’t sound fishy, the caller asked Williams to return the money through gift cards. 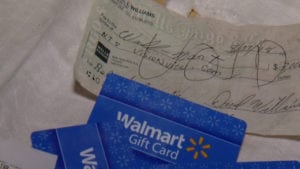 “I sent them the money through Wal Mart gift cards and that was a big no-no,” he said.

Soon after, Williams logged back onto his account and discovered his savings had been emptied out. His bank saw the $3,000 Wal Mart gift card purchase, but found no such transaction for a $3,000 refunding that was allegedly sent from a software company. The “phony” transaction showing a $3,000 deposit was likely a phishing email.

“I went to the bank, closed my account and opened up another,” he said. “I went to the sheriff’s office and they said it’s nothing but a scam.”

Williams says he’s out the money, but he wants to warn others to be careful when communicating on the phone with people you don’t know.

“I don’t talk to people on the phone with broken English and I don’t communicate with people I don’t know on the Internet,” Williams said.

Often times these cases go unsolved because the scammers live outside Colorado or outside the country.

If you spot a scam, report it to police, the Better Business Bureau and the consumer protection division at the Colorado Attorney General’s Office.