PUEBLO – Dennis Wooten took his car to Lustre Plus Paint and Body for repairs, but claims the body shop didn’t do the work it promised and billed his insurance company for parts that were never replaced.

The body shop says it offered to address the issues with Wooten when he came back to pick up his car. However, a manager claims she had to cut off communication when Wooten allegedly became angry and threatened to sue over unfinished work. 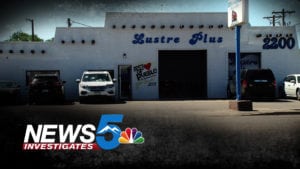 Manager Brandy Aragon says the company does quality repairs and takes good care of their customers, but a lengthy follow-up report Wooten’s insurance adjuster typed up paints the company in a negative spotlight.

“Pretty much everything they said they fixed is not fixed,” Wooten said.

Wooten says he dropped his car off for repairs at the shop after he hit a deer. He says they were supposed to replace the front bumper, grille, hood, latch and some radiator parts, but was disappointed when he went to pick up his car a few weeks later. 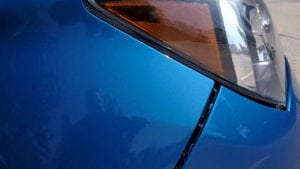 “You can see the poor work she had done and everything,” Wooten said. “When I pointed it out to her, right away she is telling me to bring her to court.”

When Wooten showed News 5 his car, we could clearly see the bumper wasn’t installed correctly.

The hood, which was allegedly replaced, had scratches on it. The plastic molding on the bottom portion of the grille was still damaged.

The second adjuster who came out and wrote a follow-up report concluded the car was “poorly put together,” as documented on page 5.

On more than one occasion. the adjuster said the shop charged for repairs when no work was done.

The adjuster also said the shop billed Wooten’s insurance company to replace parts that never actually got replaced. This data can be found on page 6.

One part underneath the front bumper was held up with zip ties when Wooten brought the car up to our News 5 studio for an inspection. However, Aragon adamantly denies that her shop uses zip ties. 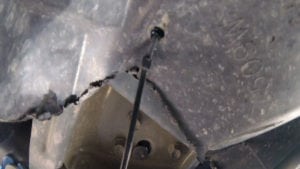 Accordingly to Wooten, Lustre Plus Paint and Body received an estimated $5,000 from his insurance company, but claims Safeway Insurance can’t do much to help him now.

Aragon says she initially offered to address Wooten’s issues and even waived his $500 deductible. 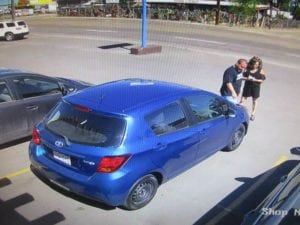 “This customer was treated with care and understanding. Here is a photograph (pictured above) of me going over the issues he had,” Aragon told News 5 via email. “I did tell him I can take care of it.”

Aragon then alleges Wooten called to “cash out” and threatened legal action. She says Wooten kept calling the business and she eventually had to call the Pueblo County Sheriff’s Office to file a “harassment” report.

The records division at the PCSO confirmed to News 5 that a case report was received, but no action was taken.

“She (Aragon) eventually does give me $410 back for some parts,” Wooten said. “After she gave me that money back, she told me she’s not doing any more of the work on the car.”

As part of a civil agreement Wooten signed with the body shop, Lustre Plus Paint and Body waived its responsibility for making any future repairs in exchange for the $400 “cash out” payment.

It’s a mistake that’s left Wooten with an unrepaired car and no additional money to fix it.

“I’d like to see the body work done or the money back so I can get it done somewhere else correctly,” Wooten said. “If I don’t get anything back, I just want to let other people know about this body shop.”

Some insurance companies will require you to go to one of its designated repair facilities. However, if the insurance company allows you to choose your own repair shop, it is the customer’s responsibility to do their research and background check the company prior to signing a repair contract.

When signing a contract, make sure the repair company puts an estimated start and completion date for the work they are going to perform.

If you have a dispute with the work performed, do not take car back or sign any additional documents. Contact your insurance company and ask for a second adjuster to come out and document the issues or damage.

Some repair shops will have you sign a “waiver of liability” form, forcing you to go to arbitration rather than court to settle a dispute.

In Wooten’s case, he voluntarily surrendered any future repair obligations by the repair shop after accepting a $410 payment as a “refund”. While this wouldn’t prevent Wooten from suing in civil court, it could impact the outcome of the case.

How do I report a business that I believe ripped me off?

You can file a consumer complaint with the Better Business Bureau and contact the consumer protection division at the Colorado Attorney General’s Office.

Lustre Plus Paint and Body disputes some of the claims in the adjuster’s report. You can read the entire correspondence between Aragon and KOAA News 5 by clicking here.

For a full copy of the second insurance adjuster’s report, click here.

The body shop alleges that Wooten’s insurance company said they were cleared of any wrongdoing. However, the shop didn’t have any documented emails or letters to back up those claims.