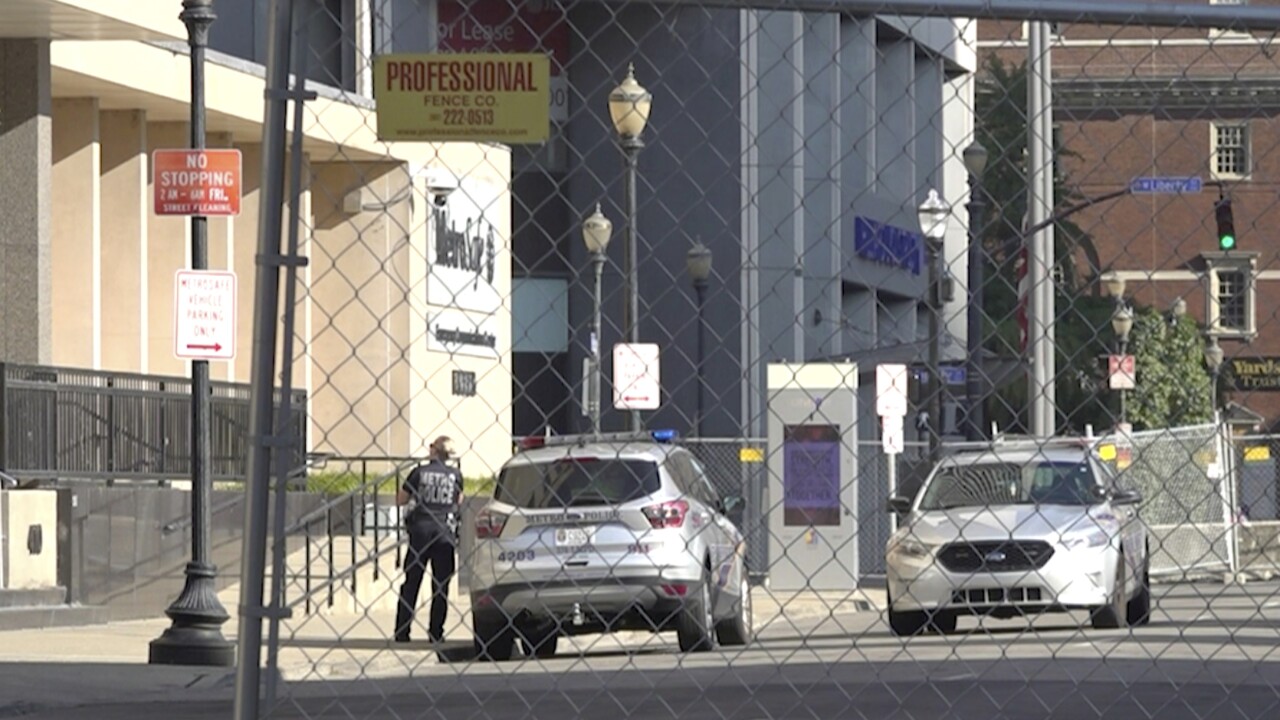 Copyright 2020 The Associated Press. All rights reserved.
Dylan Lovan/AP
A police officer stands near new barriers blocking access to downtown, Tuesday, Sept. 22, 2020 in Louisville. Officials in Louisville were preparing Tuesday for more protests and possible unrest as the public nervously awaits the state attorney general’s announcement about whether he will charge officers in Breonna Taylor’s shooting death. Taylor's shooting has been followed by months of protests in the city. (AP Photo/ Dylan Lovan)

The officers are in "very serious condition," but they're expected to survive their injuries, Schroeder told reporters. One of the officers needed surgery following Wednesday's incident. The other officer is "alert and stable."

A suspect is in custody, Schroeder said.

The officers were reportedly shot at Brook and Broadway in Louisville, which is near the University of Louisville Hospital in downtown.

The city went under a 9 p.m. ET curfew as thousands of protesters have clashed with police throughout the city.

The incident was captured live on the Louisville Metro Police Facebook page.

"Praying for the two police officers that were shot tonight in Louisville, Kentucky. The Federal Government stands behind you and is ready to help. Spoke to Gov. Andy Beshear and we are prepared to work together, immediately upon request!" Trump tweeted.

"Even amidst the profound grief & anger today's decision generated, violence is never & can never be the answer. Those who engage in it must be held accountable. Jill & I are keeping the officers shot tonight in Louisville in our prayers. We wish them both a swift & full recovery," Biden tweeted.