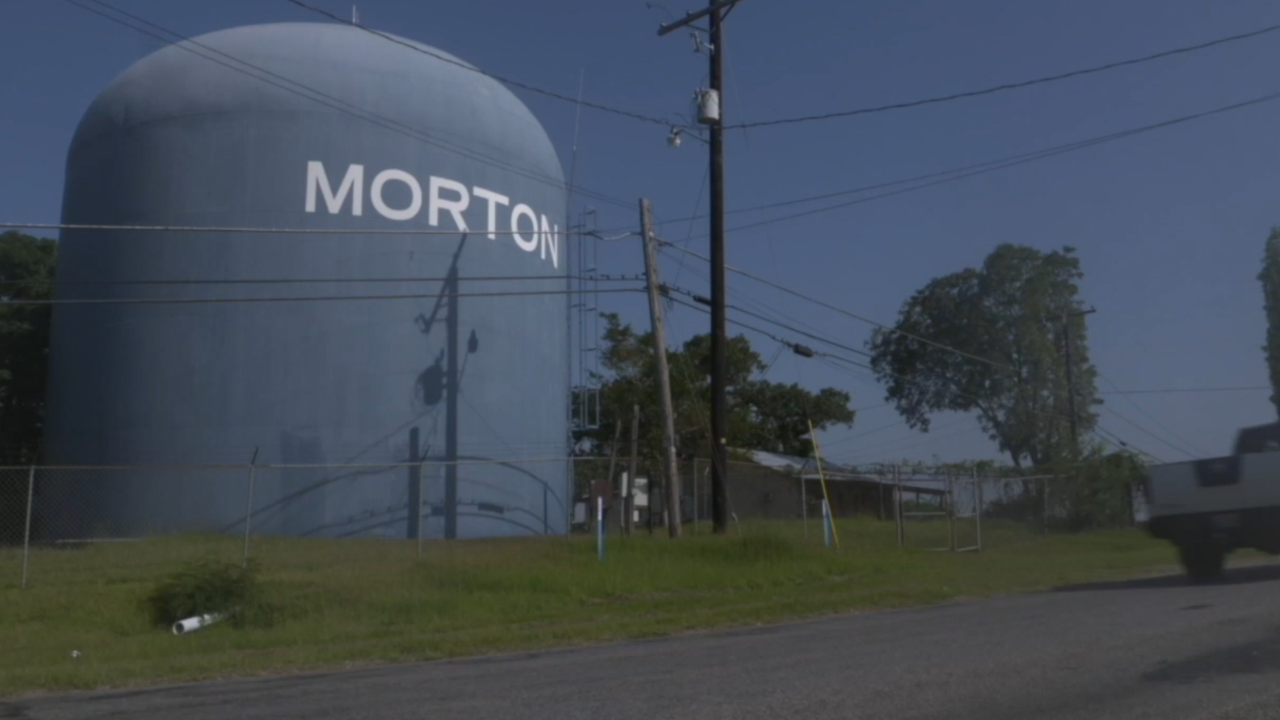 After massive immigration raid near Morton, Mississippi, the community seems split on the issue.

“It’s creating division,” resident Sidney Overby says. “I believe that we do not need to divide the people that are here.”

Outside a local Walmart, one woman says she’s happy about the raids.

“It’s a good thing to get the illegals out of the country,” says one woman outside a local Walmart. “If you want to come here legally, than by all means do that, but don’t try to come here illegally.”

During the immigration raids in Mississippi, 680 arrests were made, which was the largest in a decade on U.S. soil.

“Some families don’t know about their families,” says resident Leslyn Cazares. “The kids are crying for their dad and mom.”

Cazares says her uncle and aunt are two of the hundreds of people now facing deportation.

“Why can people can do that?” she asks about the arrests. “The people don’t do anything. They come here for work for their family.”

Many of those taken away by immigration officials worked at the Koch’s Foods Processing plant.

“Kids come home and they don’t where they parents and they don’t how they’re going to survive,” says a man who says he’s worked at Koch’s for 13 years. He went on to say these raids have impacted productivity.

“Wasn’t nobody at work; the plant was empty,” he says. “Most of the plant is Mexican, and without them being there they overworked a lot of the people, the blacks and the whites.”

Black, white, and brown, some say the only color that really matters is green.

“It’s like everybody disappeared; it’s like a ghost town,” says grocery store owner Juan Garcia. “You don’t see a lot of people outside.”

Garcia says his business is suffering because the raids have taken away many of his customers, and that the ones left are too scared to come out and shop.

“I feel pretty bad because the same thing happened about 10 years ago when we were in Laurel,” he says of another city in Mississippi. “It was bad for the business over there and it’s going to bad over here, too.”

Garcia recorded cell phone video of the raid, which showed buses used to remove alleged undocumented immigrants from the Koch’s property. Something some people in this small town quietly support.

“[I'm] glad they done it,” says a man, who did not want to be identified. “It was a long time overdue. I’m just wondering why they didn’t hit Tyson.”

Whether in support or opposed to the raid, those hit the hardest are calling to a higher power.

At Saint Martin Mission, the first Sunday service since the raid was dedicated to those affected by the operation.

“Some of our church leaders, members of the choir, different ministers were taken by the raids,” Father Roberto Mena says.

Father Mena says faith has taken a hit in Morton.

So, while preaching from the pulpit, he’s asked those in power to have a compassionate heart for the immigrants.

“A lot of the children, they were going to be kept away from their parents and that breaks my heart,” he says.

Outside the church, however, some don’t see this as a matter of religion or race, but rather of what is legal and what is illegal.