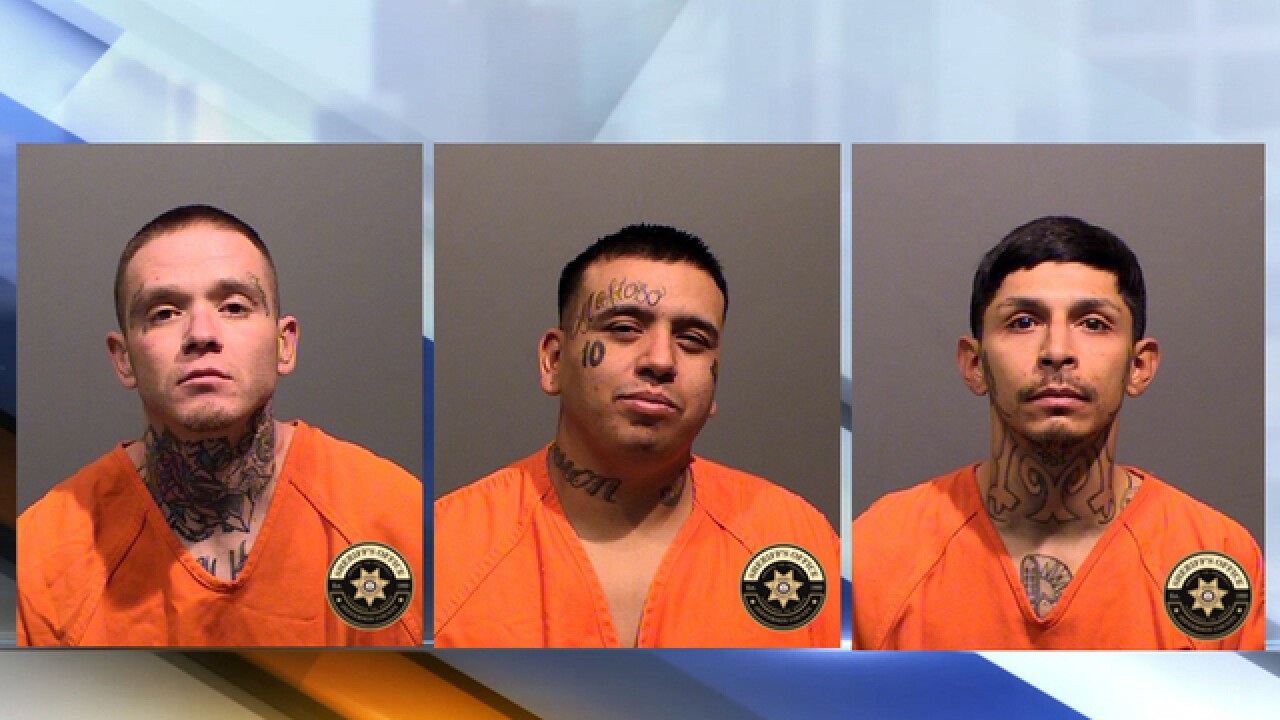 GOLDEN, Colo. — The three men who were found guilty in connection to a woman's 2018 murder have been sentenced to prison.

According to the First Judicial District Attorney's Office, the men lured, kidnapped and shot 28-year-old Cymone Duran 10 times before setting her body on fire on Nov. 5, 2018. Earlier that year, Duran had identified one of the men — Alonso Quintana, 28, of Denver — in a line-up as a suspect in an attempted murder investigation in Adams County. The district attorney's office said the three men then targeted her.

In early November 2018, Duran, who had been approached by 36-year-old Abel Candy Gallegos of Lakewood on social media, met with him, Rene Francisco Rosales, 36, of Lakewood, and some other people at a house in Denver. Duran, Gallegos, and Rosales left the house together and Rosales went home. Meanwhile, Gallegos took Duran to a parking lot at W. Colfax and Kipling, where he had previously arranged to meet with Quintana, according to the district attorney's office.

Quintana and Gallegos assaulted Duran and imprisoned her in the back of the car before they drove her to a dark, secluded spot at W. 7th Avenue and Nile Street in Golden. Outside the car, Gallegos and Quintana shot Duran 10 times, according to the district attorney's office. The men then left the area. Gallegos and Rosales returned later and poured gasoline on her body and set it on fire, according to the district attorney's office. Firefighters responding to a call about a brush fire at that location found her body around 1:30 a.m.

The Jefferson County Sheriff's Office said the woman, who they identified as Duran a couple days after the murder, died of gunshot wounds. The three men were arrested individually on Nov. 8, 9 and 20, 2018. Gallegos was arrested on an unrelated charge before he was formally charged in connection to the homicide.

READ MORE: Family who lost mother of 2 in violent murder in Golden search for answers

Quintana, who was identified as a habitual criminal, was sentenced on Monday to life in prison, plus 160 years. This was his third felony conviction, according to the district attorney's office.

Rene Francisco Rosales, 36, of Lakewood, was also sentenced as a habitual criminal. He was sentenced to 150 years in prison. This was his seventh felony conviction, according to the district attorney's office.

The third man, 36-year-old Abel Candy Gallegos of Lakewood, was sentenced on Jan. 31, 2020 to life in prison plus 163 years. The district attorney's office said he was sentenced in the aggravated range because he was on federal probation at the time of the crime. This was his sixth felony conviction. The district attorney's office said he has been revoked on parole or probation eight times.

The men were all tried together and each was found guilty on multiple counts for their role in the murder. A jury convicted them on Jan. 29, 2020.

Quintana was found guilty on the following charges:

Gallegos was found guilty of:

And lastly, Rosales was found guilty of: