“It’s just kind of like an eye-opening moment to where you really want to look in every car that comes down here, even stops for a second,” said Melissa Hammock. She lives directly across Charleston Drive from the unit that was hit. Her son was playing basketball with his friends when just minutes before the shooting he ran back inside to grab a coat.

“He came in told me just nonchalantly that it was a drive-by and I didn’t take it really seriously because I was in my kitchen and I didn’t hear anything, I was cooking steaks.” 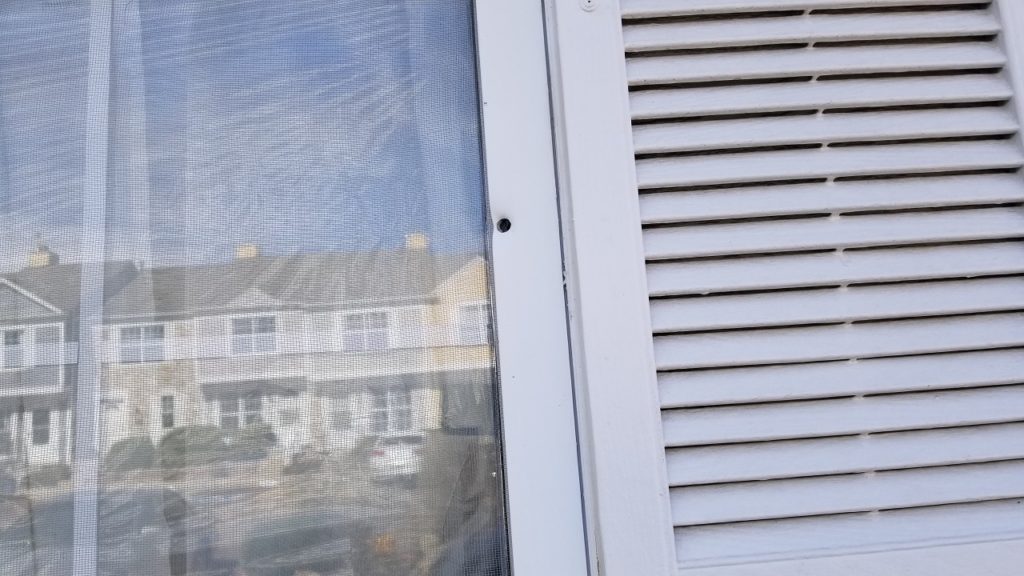 Other neighbors who didn’t wish to be interviewed described the shooting as sounding like firecrackers.
Officers collected several shell casing at the scene and interviewed neighbors. No one was injured. However, the townhome and a Jeep parked out front were both hit in the gunfire.

Melissa said her son believes the shooter was driving a white car.

“It was a white male, it was the only one in the car. The driver window was down, all the other windows were up.”
The police haven’t yet released an official description of the suspect or vehicle. However, Melis says the shooter’s reckless indifference to the lives of people living here is alarming.

“It’s scary,” she said. “This is something that occurred at 4:30, people are coming home from work and our kids are out to play.”

Anyone with information that cuold help lead officers to the suspect in this case are encourage to call the Colorado Springs Police Department at 719-444-7000. If you wish to remain anonymous, you may submit at tip online to the Pikes Peak Area Crime Stoppers by visiting http://www.crimestop.net.