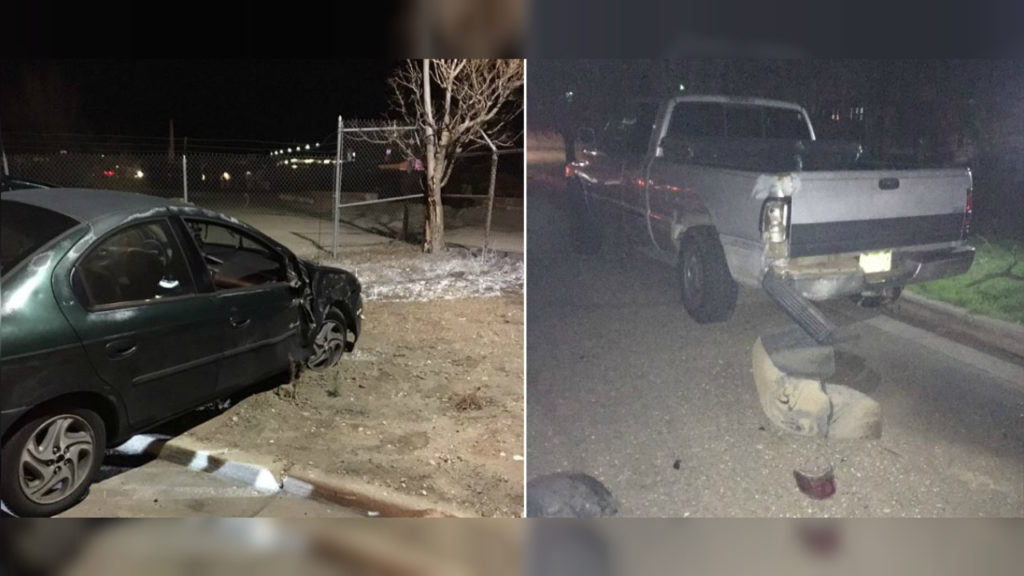 PUEBLO – Just before 1 a.m. Sunday morning, Pueblo Police responded to the 600 block of E. B Street for a disturbance with weapons.

When officers arrived, they found one man with a baseball bat and another with a knife.

PD said they learned the two men were brothers and had armed themselves after a drunk man tried to enter their home.

The brothers told police the man had threatened them and told them to get out of his house.

PD said officers took the drunk man into custody and then learned he had crashed his car into a parked truck two blocks away and fled the scene on foot.

PD said he was arrested on a “host of charges.”

They said the male threatened them & told them to get out of his house. Ofc. Gonzales took the male into custody & officers then learned the male had crashed into a parked truck two blocks away & fled on foot, leaving his car there. He’s been arrested on a host of charges. pic.twitter.com/GB9FioK3rE