EL PASO COUNTY – Local law enforcement agencies are incorporating a different type of training into their job, to better support their community.

It’s part of an all week Crisis Intervention Program for the Colorado Springs Police Department and the El Paso County Sheriff’s Office, to better understand mental illness and the role it plays in crisis calls. 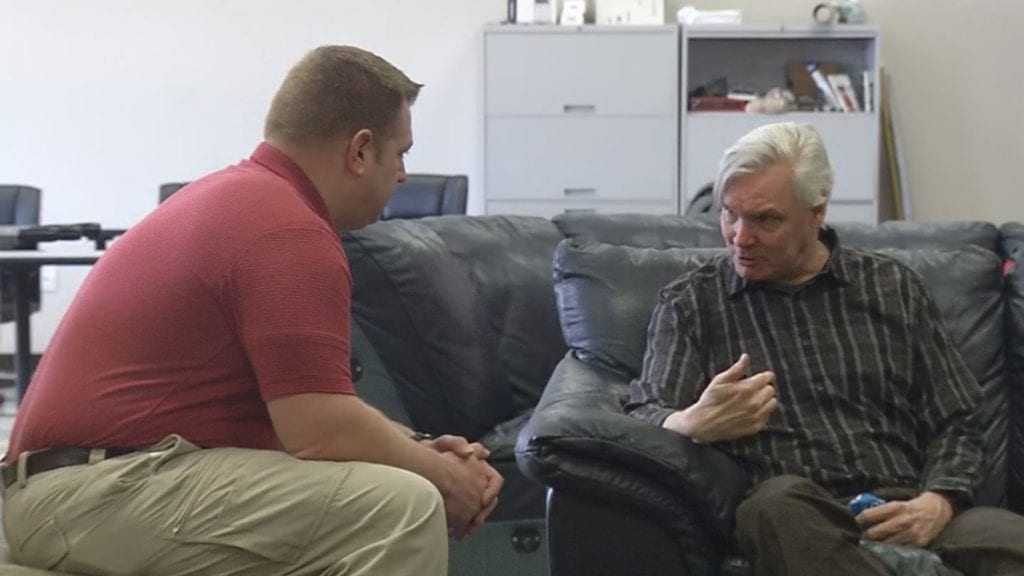 “We come into a lot of situations where the police have to deal with people with a mental illness. This teaches the officers how to assess the people and figure out what the best way is to serve them,” said Sergeant Eric Frederic, with the El Paso County Sheriff’s Office.

They were put to the test Thursday, using what they learned in the classroom to de-escalate a high-stress situation… without using a force.

Actors were brought in for various scenarios. One man played the role of a distressed officer, contemplating suicide. Another man played a nurse, strung out on drugs, who had locked himself inside a bathroom stall.

“When people are having a manic episode and contemplating suicide, it’s totally accurate on the way they’re portraying it,” said officer Karen McFerran, who has been with CSPD for about a year.

McFerran says the acting was so convincing, it made her emotional at one point.

“It did catch me off guard. But I worked through it. Knowing if that happens on patrol, how I can kind of maintain and control that–it’s very helpful.”

“[We teach them] A lot of verbal de-escalation, a lot of showing compassion, empathizing with people–so that we can build a repoire with them,” said Sergeant Frederic.

The El Paso County Sheriff’s Office and CSPD have both vowed to eventually put all of their staff through this training.

“It’s really a mindshift change and doing what’s right for the community–not just trying to get our own agenda and get to calls for service as fast as we can. That is very important, but we need to serve the people that we’re with,” said Frederic.

They estimate about half their patrol staff have gone through the training so far.

Graduation is scheduled for Friday.