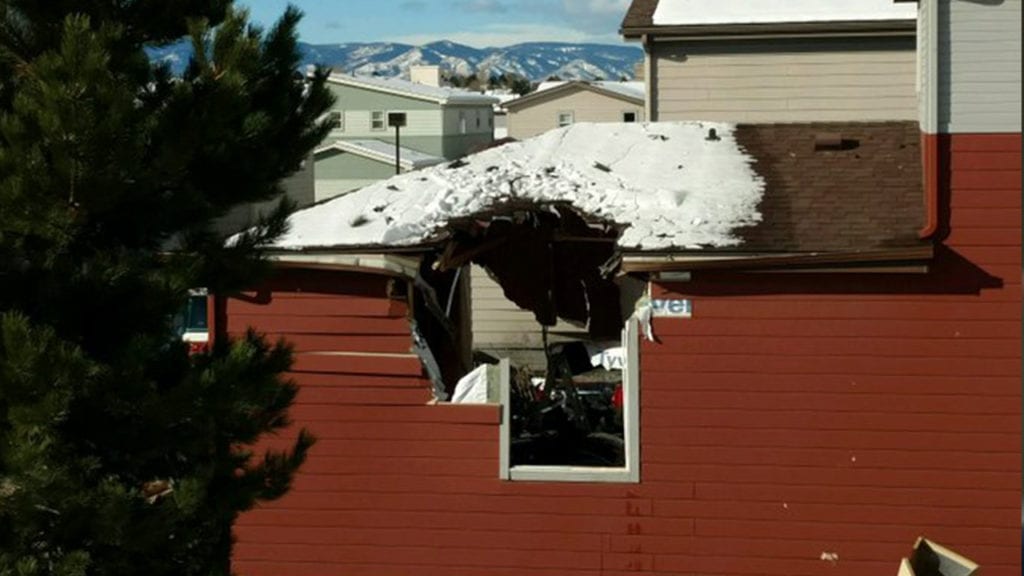 HIGHLANDS RANCH – The Douglas County Sheriff’s Office said a male driver suffered injuries after crashing through the garage of one home before smashing into another in Highlands Ranch Wednesday morning.

Deputies said no other people were hurt in the crash, but the driver of the vehicle had to be taken to the hospital.

The vehicle caused significant damage to both homes, with the vehicle punching a hole completely through the first home that was damaged.

Investigators said the man drove off of Grace Boulevard before colliding with the houses. Deputies said they haven’t yet determined an official cause of the crash. They said that they  are waiting to speak with the driver.

At this time, investigators are looking into what led up to the crash, but an official cause has not been determined.