COLORADO SPRINGS – Colorado Parks and Wildlife is asking for the public’s help in solving two poaching cases that have occurred in an unincorporated neighborhood in northeast Colorado Springs.

These cases involve deer that have been shot with arrows.

According to CPW, one deer was found shot in a neighborhood not far from Keller Elementary School. That deer has died. The second case involves a young buck that was wounded and still carries an arrow in its front leg. This deer was reported by residents south of the Sunset Mesa Open Space, not far from the other, deceased deer. 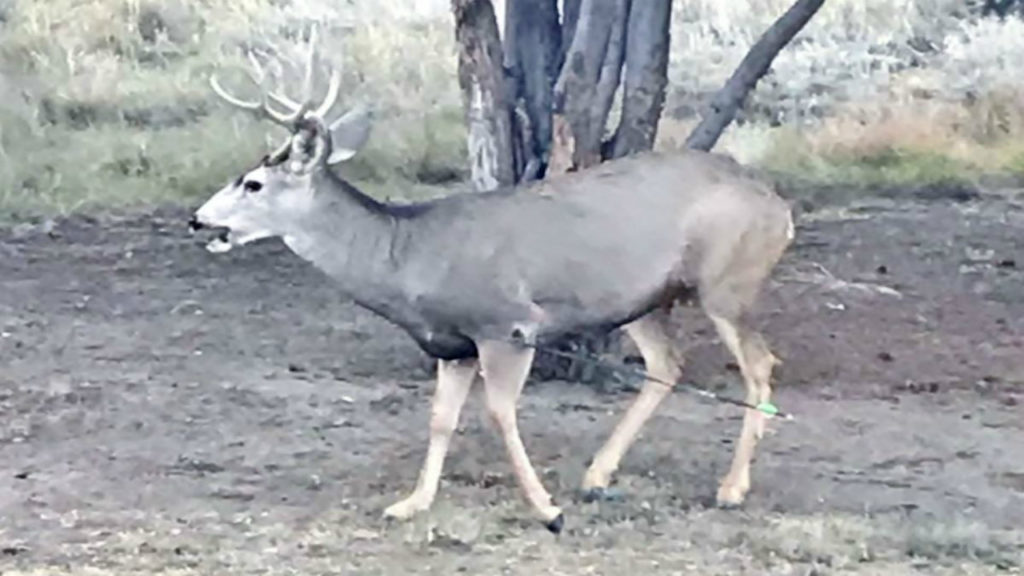 CPW said at this time, they have been unable to capture the wounded deer.

“This is illegal poaching,” said Phillip Gurule, district wildlife manager for the Pikes Peak Region. “It’s something we take very seriously, but we need the public’s help catching whoever is doing this.”

The wildlife manager said anyone illegally killing or injuring wildlife could face misdemeanor charges including harassment of wildlife, hunting big game without a licesnse, illegal taking of wildlife, and reckless endangerment, among other charges.

Anyone with information on these cases is asked to contact the CPW Southeast Regional Office at (719) 227-5200.