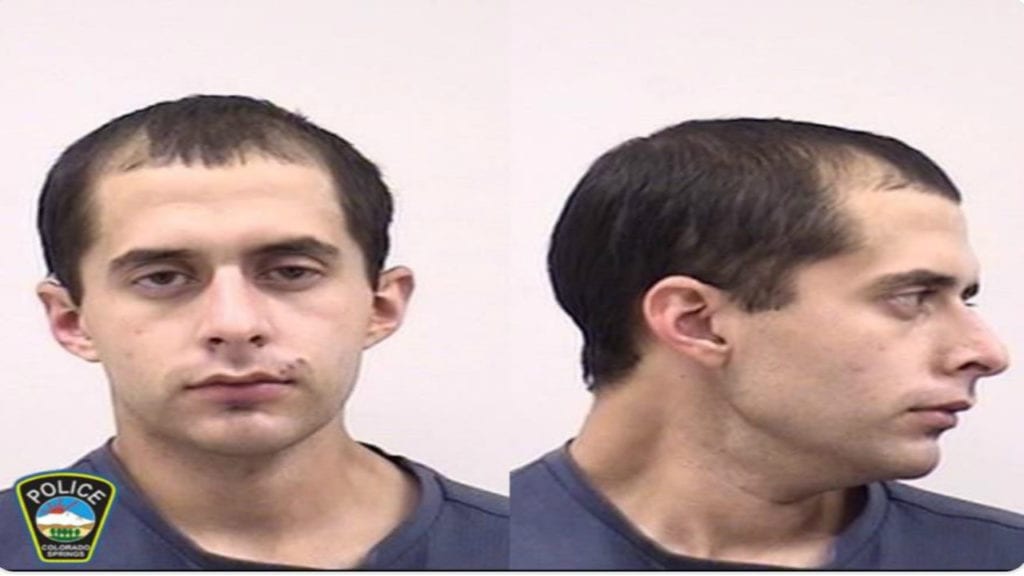 COLORADO SPRINGS – The Colorado Springs Police Department arrested a man Saturday afternoon for multiple charges, to include kidnapping after his female victim escaped.

According to CSPD, around 1:30 p.m. Saturday they received a call from someone in the Centennial/Filmore area saying a woman had told him she was being held against her will by a man with a gun.

The woman then ran into a store nearby and told the clerk the same information.

CSPD said officers arrived at the scene and found the suspect in a car nearby.

According to CSPD, 23-year-old Lorenzo Snowbird-Lucero was arrested for narcotics, kidnapping, restraining order violation, and another unrelated warrant.