COLORADO SPRINGS – This week is Winter Weather Awareness Week. The City of Colorado Springs along with the federal government is encouraging individuals to take some time to get ready for the colder temperatures.News 5 wanted to see how the city agencies we depend on during severe weather are getting themselves ready for the changing season.

For city truck drivers, gearing up for the changing seasons means making sure their rigs are ready to become plows.
Terry Huggins runs the city’s fleet maintenance garage.

“Our department goes through the plows, the sanders, the trucks in case anything is not working, it gives them time to repair it order parts, that kind of stuff,” he said.

The plow drivers will also receive two days of training each year to review safety techniques while out on the road.
Meanwhile, at various fire stations around the city, the pumps on smaller brush trucks will need to be drained in advance of freezing weather.

“If we’re to take them out and let them sit, it would freeze the pumps and blow up the housings and that’s an expensive fix,” explained Captain Brian Vaughan, the Public Information Officer for the Colorado Springs Fire Department.

Spraying hundreds of gallon of water on a fire when it’s freezing outside is a good way to create some ice. Vaughan said many firefighters some extra gear in their lockers like Yak Trax traction devices that attach to their boots.

“We have winter wear that we will put on, special boots, special outerwear that allows us to go spend 12 or 13 hours if someone is lost or stranded, a hiker or injured,” he said. 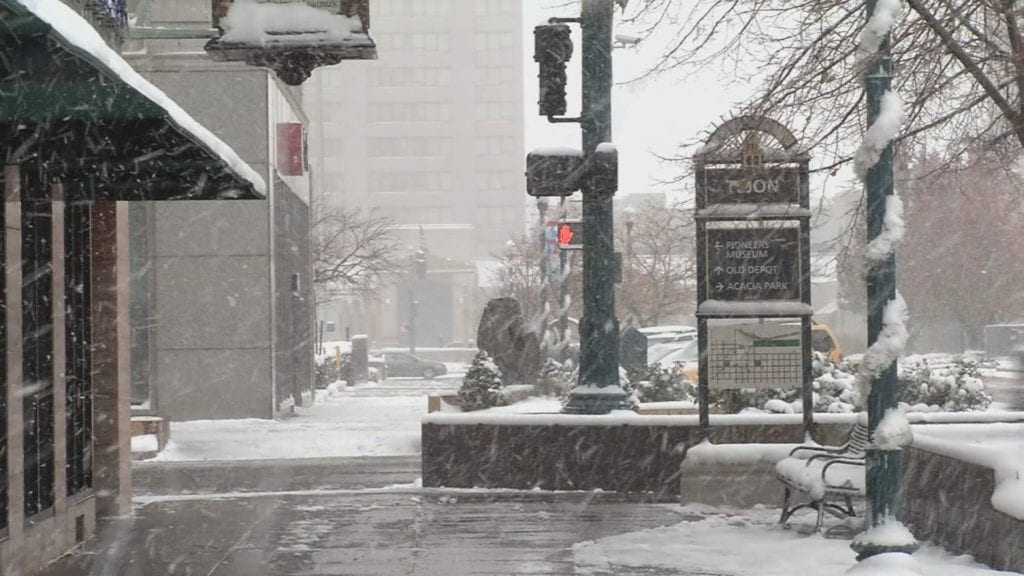 Police department public information officer Lt. Howard Black his officers have less to prepare for when it comes to changing seasons. However, they know that icy roads lead to accidents. When the number of calls for service reaches a point where it bogs down response times, the duty lieutenant can declare it an accident alert day.

On those days, the department will follow cold reporting procedures for minor non-injury accidents where no drugs or alcohol are suspected. The drivers involved may simply exchange information and file a police report up to 72 hours later.

Another concern this time of year is puffing. Drivers who leave the car running with the keys inside risk having their vehicle stolen. It is illegal in Colorado Springs to leave a car puffing, and the vehicle owner can also face potential lawsuits. in 2017, some 160 cars were stolen in the city when the driver was puffing.

The city put together a helpful list of tips and other information to prepare your home for freezing weather. It covers everything from snow removal to winterizing your house and even what to do when the power goes out.

A central theme to emergency preparation is simply thinking ahead. That can include how you stock the firehouse pantry.