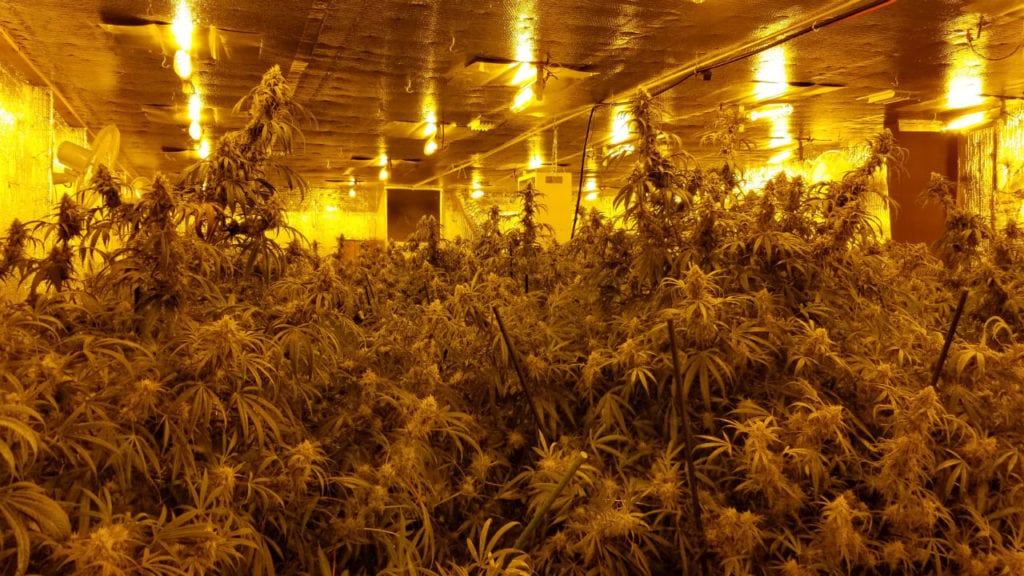 Deputies and Colorado State Patrol executed a search warrant on the home at 1089 County Road 310 on a suspected illegal marijuana grow Tuesday. During the search, 125 pot plants, an unknown amount of cocaine, a large amount of drug paraphernalia, pot growing equipment and a trailer used to transport marijuana were found.

Deputies said the illegal pot was being grown in the basement of the home and a detached metal building. A couple was arrested following the search of the property.

According to a release, the couple’s 11-year-old son was at school at the time but was placed with a temporary foster home through the Department of Human Services. Two pit bulls were also found on the property and transported to the Canon City Humane Shelter pending the investigation.

35-year-old Serguey Recondo Palomino and 35-year-old Yenny Pena Hernandez, both Cuban nationals, were arrested on illegal cultivation of marijuana charges and child abuse. Palomino was additionally charged with possession of a controlled substance.

Palomino is being held at the Custer County Jail and Hernandez was transported to the Fremont County Jail. Deputies said ICE authorities were also notified of the arrests and are conducting an investigation.

The home was a previous target of an illegal marijuana seizure in 2015 by the Custer County Sheriff’s Office and federal agents. Those arrested during that seizure were believed to have ties to drug cartels out of Florida.

One arrested during marijuana bust at ‘upscale’ Pueblo West home