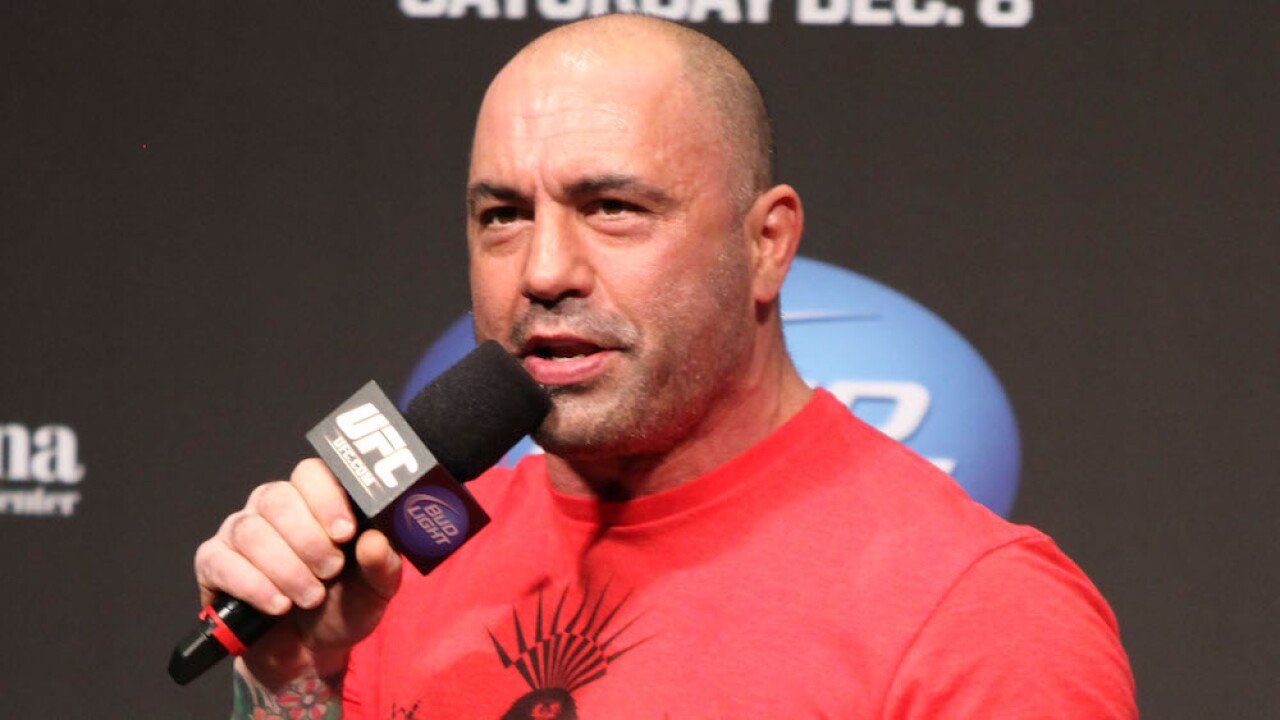 Gregory Payan/AP
UFC announcer Joe Rogan is seen at the weigh in before a UFC on FOX 5 event in Seattle, Friday, Dec. 7, 2012. (AP Photo/Gregory Payan)

In an episode of his widely popular podcast that was released on Thursday, Joe Rogan repeated the debunked claim that left-wing provocateurs had been arrested for setting wildfires in Oregon.

Last week, rumors began spreading on social media that left-wing activists, anti-fascists and members of the right-wing group The Proud Boys were responsible for setting at least some of the wildfires that are currently ravaging the state.

The online rumors prompted social media posts from several local law enforcement agencies in which they debunked the rumors and asked local residents to refrain from spreading disinformation. The Douglas County Sheriff's Department even said that rumors of antifa-sparked wildfires caused their emergency disptach system to become overrun.

Even the FBI debunked the rumors in a press release on Sept. 11.

"FBI Portland and local law enforcement agencies have been receiving reports that extremists are responsible for setting wildfires in Oregon. With our state and local partners, the FBI has investigated several such reports and found them to be untrue," the FBI's statement read.

But in an episode of "The Joe Rogan Experience" released Thursday, the podcast host repeated the debunked claim to millions of listeners.

"I actually love Portland, it's one of my favorite places to perform. Most of the people there are very nice. But there's a madness going on there — you want to talk about madness in crowds. That exemplifies that right now," Rogan said.

Joe Rogan lies to his millions of listeners that left-wing activists are starting forest fires in Oregon. This dangerous claim has been completely debunked. pic.twitter.com/qbNK9GQB9h

There has been at least one arson arrest in connection with recent wildfires, but there is no evidence that it connected with political activism. According to The Oregonian, 41-year-old Michael Jarrod Bakkela was arrested last Thursday in Jackson County, Oregon — several hours away from Portland — on arson charges. He's accused of starting one of two origin blazes that eventually grew into the Alameda Fire. There is no evidence that Bakkela is affiliated with left-wing groups, and according to KTVZ-TV in Bend, Oregon, a police report describes him as a "transient."

Rogan's podcast has become one of the most influential in the world. He routinely reaches millions of listeners. A video of Thursday's episode posted to YouTube had nearly 1 million views as of Friday morning — less than 24 hours after going live.

Earlier this year, Rogan signed a lucrative deal with Spotify to make his podcast exclusive on the streaming platform. The Wall Street Journal reports that the deal was worth more than $100 million.

Earlier this week, Rogan suggested on his podcast that he should host a presidential debate between President Donald Trump and Democratic presidential nominee Joe Biden — an idea that Trump quickly endorsed.

On Wednesday, Vice reported that Spotify employees had confronted the company about past episodes of Rogan's podcast that contain transphobic content.