COLORADO SPRINGS – When Michael Barner and his family moved to Colorado Springs from Iowa, it was supposed to be a positive life decision.

Instead, the Barners fell victim to a rental scam.

They go to the Marian House for meals six days a week. It serves as important family time together for Michael, his wife and two toddler sons — something they don’t get in local shelters.

“Every time we go into the Salvation Army, he doesn’t want me to go to that other side. He tried to drag me over where we are,” Barner said. 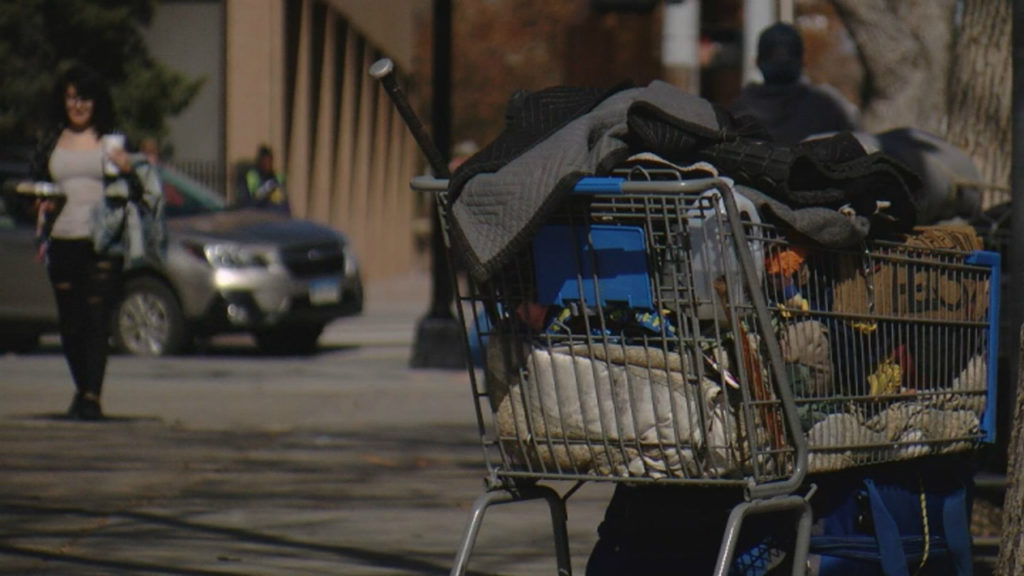 Andrew Phelps, homelessness prevention and response coordinator for the city, is leading the charge to get people off the streets.

“We believe that having adequate shelter bed capacity in our town will not only protect lives this winter, but it will also enable law enforcement to enforce existing camping ban ordinances,” Phelps said. “We have a booming economy in Colorado Springs, and housing prices and rental prices have gone up. That’s an unintended consequence of that.”

That’s why Phelps and city staff developed the 2018-19 Homelessness Response Action Plan. The draft report features eight goals — including a work program for people experiencing homelessness, a comprehensive plan to create affordable housing and the designation of more resources to help neighborhoods clean up illegal camps — to help the homeless population.

Overall, initial feedback has been positive to the plan.

“We see when we’re driving on I-25 the camps along the road. We see the panhandling. There’s a visibility to adult homelessness that doesn’t exist for families,” said Andy Barton, president and CEO of Catholic Charities, which operates Marian House.

Both Barton and Barner are hopeful those that attend any of the six public town hall-style meetings on the draft plan will speak up about the need for family resources, as they try to stay together and off the street at night.

In response to calls for family resources, Phelps said the city is in ongoing discussions with community partners to tend to that need. He said the low barrier shelter bed addition is serving a more immediate need, but the city is committed to finding ways to help families.