COLORADO SPRINGS – Snow didn’t stick to many roads across the Colorado Springs area Wednesday, but wet roads made for interesting commutes throughout the day.

“I think a lot of people are overreacting, to me. They’re going just way too slow and being more of a traffic hazard than they would be,” Roberts said. “But then, at the same time, I’m getting blown by by other people, so I think you just need to find a nice balance.”

He also padded his commute, and said he’s happy he did.

“I left about 30 minutes earlier just to give myself time. And yeah, I don’t know, I think that’s the biggest thing. People don’t take time into consideration, so then they try to fly down the roads like they always would,” Roberts said.

The winter weather also impacted roads in a different way. 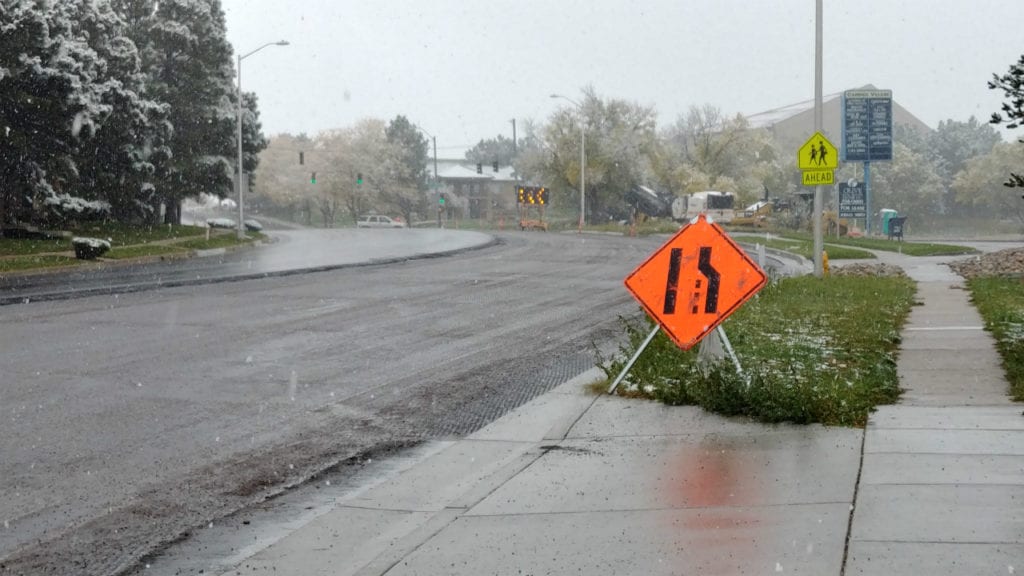 A paving project was supposed to start at the intersection of North Carefree Circle and Oro Blanco Drive. That didn’t happen.

“You kind of have to pause what you’re doing, shift gears, get your snow and ice equipment hooked up and just be prepared for what Mother Nature throws at you,” said Jack Ladley, operations manager for the Operations and Maintenance Division of the Colorado Springs Department of Public Works.

Instead, the Department of Public Works sent out snow patrol teams to monitor city roads, looking for slick spots.

It’s a task they’ve been waiting for since finalizing their snow and ice plan in July.

“All of our materials are fully stocked and ready to roll, so we were prepared for this,” Ladley said.

And though plows didn’t hit the ground this time, Ladley said they’ll be ready when a major storm hits. The department is asking drivers do the same.

“A day like today looks innocuous enough. The roads look wet. It doesn’t take a lot for the temperatures to drop, for us to lose our ground temperatures and for this to become very slick,” Ladley said. “And so, my suggestion is ice and snow, take it slow.”