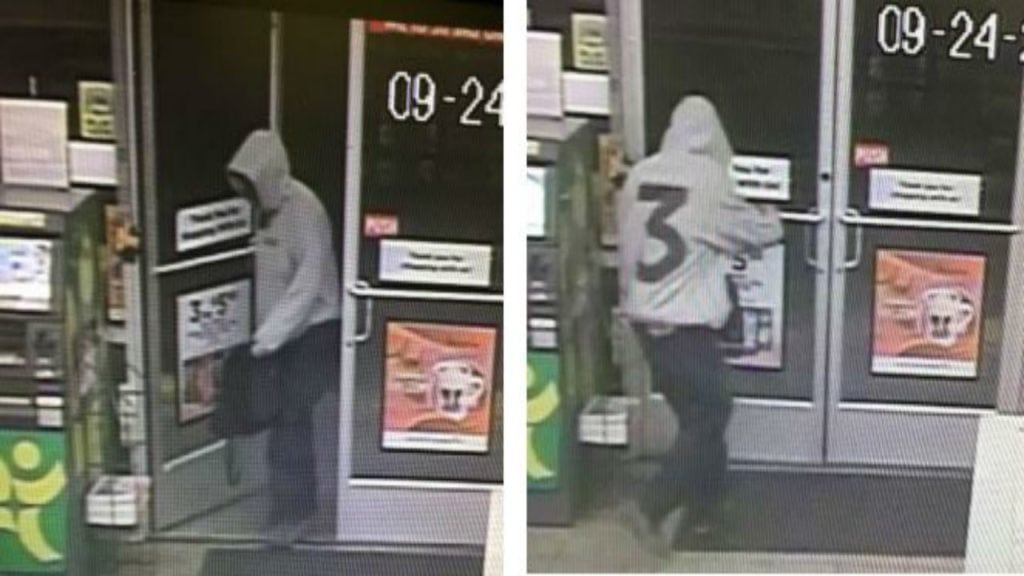 Officers responded to the incident just before 10:30 p.m. Monday at the Loaf N’ Jug at 1201 W 17th Street on a reported armed robbery. Police said a man entered the store in an attempt to rob the clerk of cash in the register and a pack of cigarettes.

The clerk then told the suspect the money had already been put in the safe and police were called. The suspect then left the store and fled eastbound toward Francisco Street.

Police said the alleged suspect had his hand in his sweatshirt pocket eluding to having a concealed weapon.

He is described as a male with light skin, possibly Hispanic, approximately 5’6″, 150 pounds, wearing black pants and a grey hooded sweatshirt with a number “3” on the back.

If you have any information on the identity of the suspect or his location, please call Pueblo Police at (719) 553-2502.