COLORADO SPRINGS – It doesn’t get any more real than this.

It may seem like a routine call, but they happen less often than we think.

“Sometimes, we don’t get to co on a structure fire for a period of time, so this is a good way for them to come out and kind of get that muscle memory back to where it needs to be,” said Capt. Kenny Bradley of the Colorado Springs Fire Department.

That’s why all Colorado Springs firefighters are training through structure fire scenarios over the next several weeks. 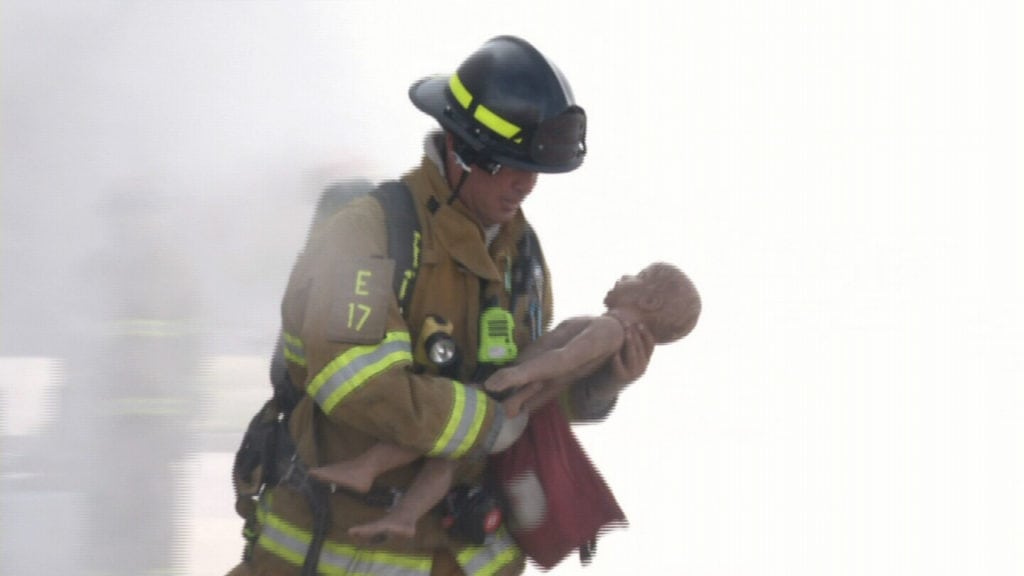 Capt. Bradley is leading the training in the drill tower, where a pair of truck companies work together to put the fire out and save anyone inside.

It’s a valuable scenario, no matter the firefighters’ experience level.

“Seventeen years as a driver, so I’m coming back into that role and going back inside a lot with the crews, rather than standing outside at the pump panel is a little bit different for me,” said Lt. Robert Hicks, who went through the training this week.

It’s no cakewalk inside, either. Firefighters are tending to real flames and smoke upon entering the tower. The temperatures are close to 1,000 degrees Fahrenheit at the ceiling, as smoke blocks out nearly all visibility for firefighters.

“It’s pretty easy to get disoriented in any building, even in one that we’re fairly familiar with like this one. Once you put zero visibility to it, it’s a little bit different, and it’s a little bit harder to find your way around,” Hicks said.

“They don’t just hand that out, so putting our crew members and individuals through this type of training meets those requirements,” Bradley said.

Colorado Springs Fire will continue the training from day-to-day over the next several weeks. If you see repeated columns of smoke near Memorial Park, that is likely the reason.