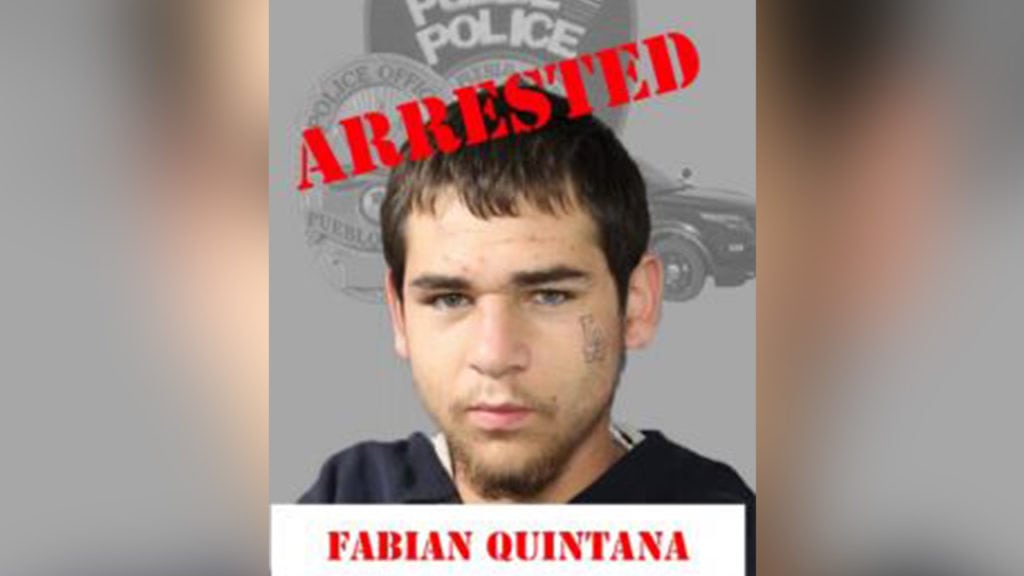 PUEBLO – An 18-year-old who struck his grandmother with her truck then stole it has also been arrested for menacing Tuesday.

Fabian Quintana was arrested after officers responded to reports of a man with a weapon in the 1600 block of Van Buren Street Tuesday afternoon. Witnesses told officers they saw a man with a silver handgun in his right hand, according to Pueblo Police.

Officers responded to the area and found a man with a weapon matching the suspect description. He was later identified as 18-year-old Fabian Quintana, located in the 2400 block of Jones Ave near the Pueblo School for Arts and Sciences.

Quintana reportedly threw the handgun he was carrying to the ground before complying with officers’ commands, police said. He was then taken into custody without further incident.

Police said the weapon Quintana was carrying was determined to be a BB gun, which was an identical replica of a full-size firearm. He was arrested for Menacing and booked into the Pueblo County Jail.

Quintana was also arrested on August 9 after reportedly running over his 67-year-old grandmother with her recently bought 2007 pick up truck in the 1400 block of 27th Lane. Deputies said Quintana put the truck in reverse and knocked her down, accelerated, then ran her over, causing serious injuries.

He was arrested on suspicion of three felony charges including reckless driving.