For the first time since Monday’s shooting, Aurora Police Chief Nick Metz shared insight on the actions of his officers in a Monday shooting that led to the death of a 73-year-old Vietnam veteran.

Richard “Gary” Black, a recipient of both a Purple Heart and Bronze Star, shot and killed an intruder, 26-year-old Dejon Harper, Monday. According to police, Harper knocked down the door to Black’s home after attending a party across the street. He then tried to drown Black’s 11-year-old grandson, police said.

Metz admitted he was frustrated Thursday with the wait to release information on the shooting publicly. But, he said that allowed police to review evidence in great detail. 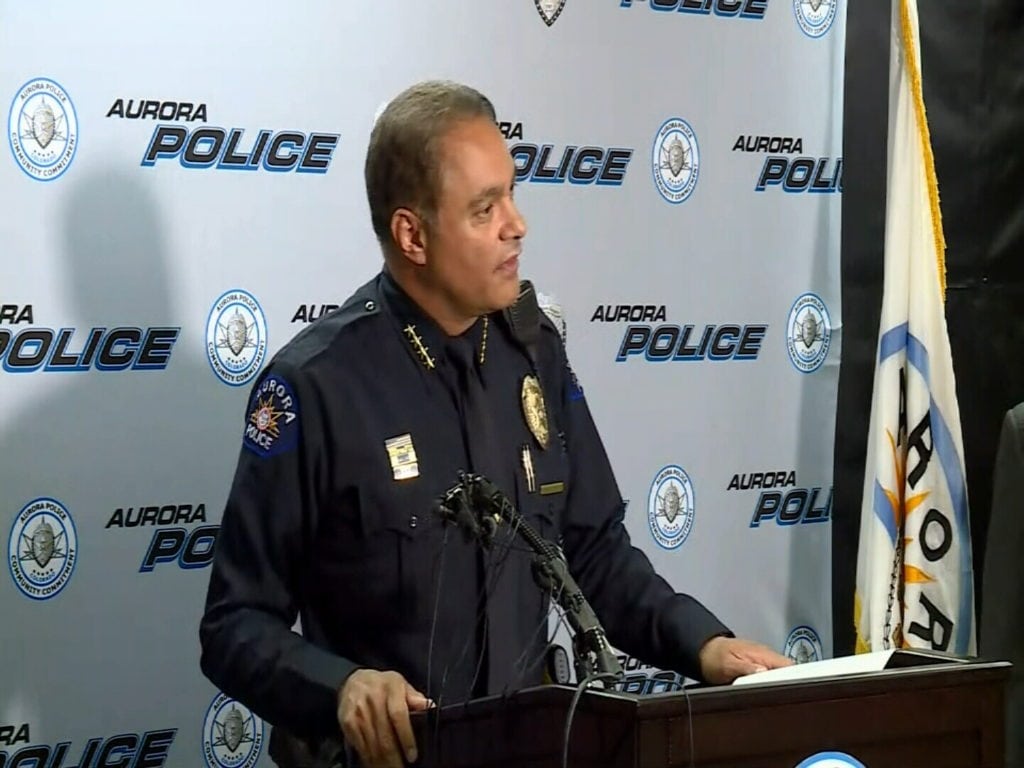 Speaking at a press conference Thursday, Metz said it was clear that Black’s actions were heroic to protect his family from Harper.

But that hero story wasn’t relayed to the arriving officers. There was confusion from 911 callers to dispatch, even in the people officers met on scene.

Metz said Black’s wife gave this description of someone in the house when officers arrived.

Shortly after, officers encountered Black inside the home. He appeared from behind a wall with a gun in one hand and a flashlight in the other. Officers demanded he drop the weapon, but he didn’t.

“For the next 13 seconds, officers continue to give at least five commands to Mr. Black to drop the gun and to show his hands,” Metz said. “We don’t know why, but for whatever reason, Mr. Black did not drop the gun.”

Metz said that’s when an officer fired four rounds at Black, eventually ending in his death.

Earlier Thursday, in a meeting with the Black family, police learned a possible reason why he didn’t comply with calls to drop the weapon.

“Mr. Black had a significant hearing impairment that he received from his service in the military,” Metz said.

It could have also been temporary hearing loss from shooting the intruder in the bathroom just minutes prior, but police won’t speculate at this time. They also are not releasing body camera footage or 911 calls from the family, at the request of the Black family and district attorney’s office, as the investigation continues.

“There’s also a public interest in having faith and confidence that the system works properly, and that decisions are made based upon fact that’s not biased or in any way compromised,” said Jess Redman, assistant district attorney for Colorado’s 17th district.

Metz said Thursday he’s committed to releasing that evidence once the investigation is complete. He also offered little information on the officer that fired the shots. Metz said he is a veteran himself, and that he feels heartbroken over the incident.