A weekend that started with a celebration for Sharon White and her family, ended in a Colorado hospital.

White, her grandchildren, and a friend, Bill Airsman, spent last weekend in Nebraska at a wedding. As the group was returning to Denver Sunday, they noticed a storm forming near Brush, Colorado.

When the storm began pounding the highway, the group pulled over to wait for the weather to pass.

"All of a sudden this big huge wind, and then every right side window was just busted, in little tiny pieces," White said.

“Then the hail came down, not in pea-sized – they were huge like tennis balls.”

With most of the windows busted out, the group crouched down, covered their heads, and tried to protect themselves from the storm. White and Airsman used their bodies to cover the children. 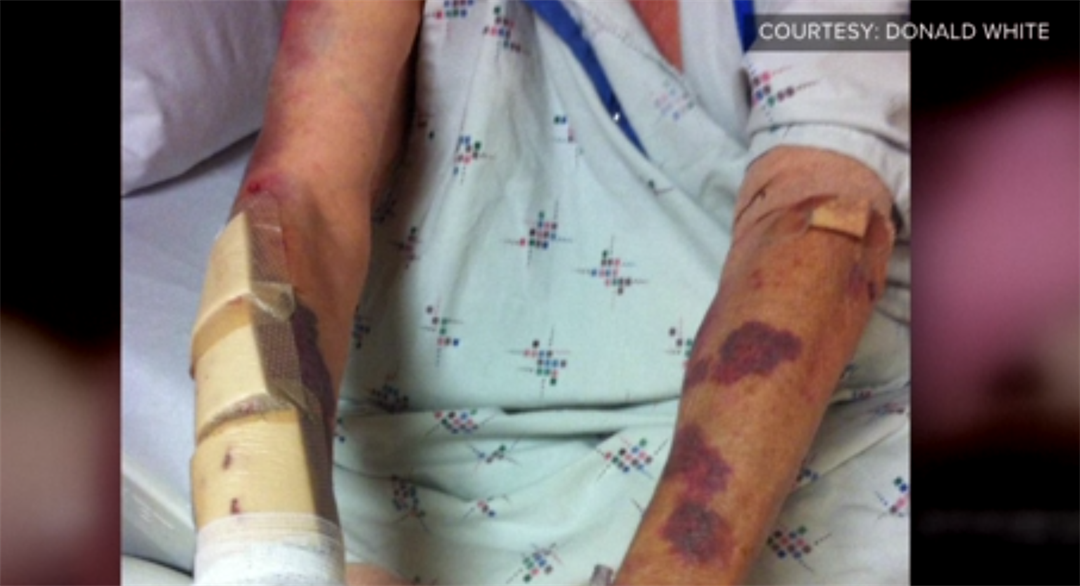 “It was like it would never end, even though it was only a few minutes,” Airsman said. “When you’re getting pelted like that, all you can think about is keeping your wits about yourself.”

Despite the danger, White said she could only think of her grandchildren.

“I kept telling them, ‘You’re going to be ok,’” she said, getting emotional. “And in my heart, I didn’t know that. And I couldn’t let them know that.”

The storm eventually stopped, and even though the car was destroyed, Airsman managed to drive it to the nearest hospital. White said everyone had some sort of injury, but hers were the worst.