CPW reports the body was found in 30-feet of water below an 80-foot cliff where a man went missing Saturday night. Several men were seen cliff jumping in the area Saturday.

Saturday night just before 7:30 p.m., 911 dispatch received a call about a missing man. CPW said Lake Pueblo State Park rangers were on the scene by 7:30 p.m. Search and Rescue divers made multiple rescue dives before the search was suspended by darkness. CPW rangers then searched for several more hours using sonar.

UPDATE: Diving resumed Sunday morning at base of 80 foot cliff where man went missing while cliff-jumping with other men as witnesses watched from boat. Body found in water 30 feet deep shortly after 9 am Sunday. @COParksWildlife extends deepest sympathies to family of victim. pic.twitter.com/ofjvO42r04

Cottonwood Creek Cove was temporarily closed but has now re-opened to boaters.

The body has been turned over to the Pueblo County Coroner for identification. 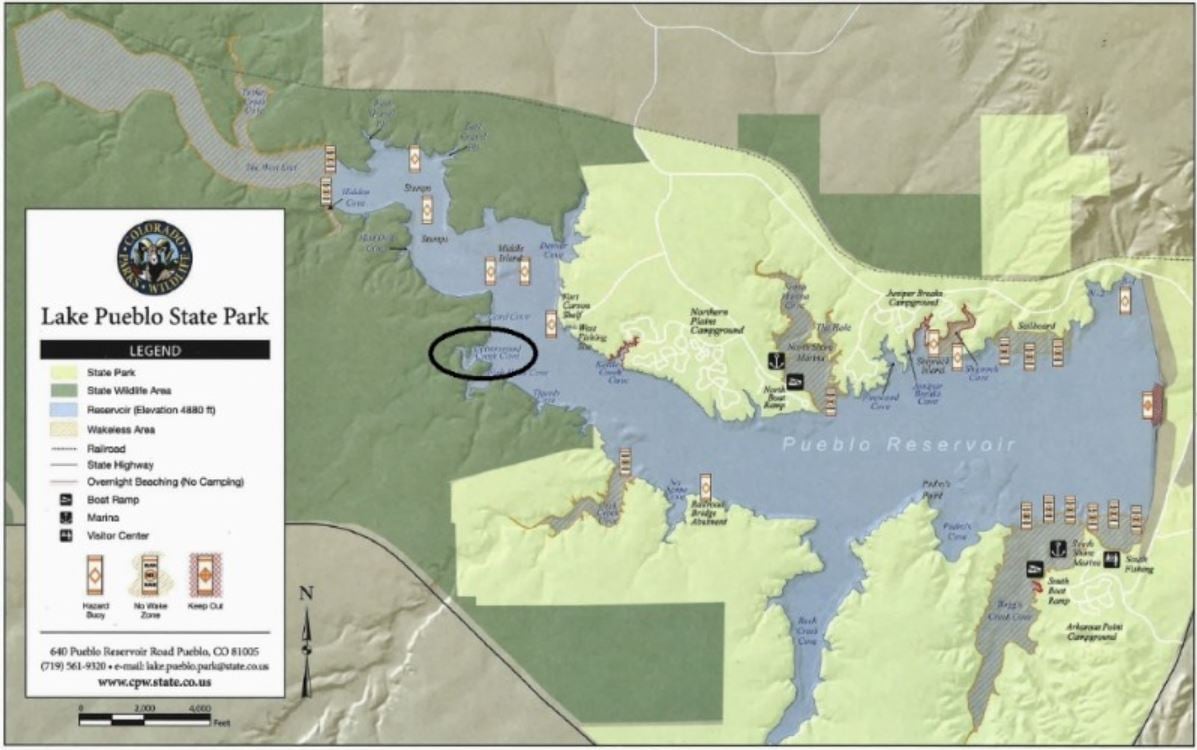