Several weeks ago, News 5 reported that someone was illegally shooting animals in the Pikes Peak Region with blow darts.

Among the animals being targeted were ducks, rabbits, squirrels, and Canada geese.

One of the worst cases seen was a Canada goose on the Kissing Camels Golf Course that was hit in the neck with a dart.

On Wednesday of this week, Colorado Parks and Wildlife reported that they were finally able to capture the goose and have the dart removed.

Watch the #ColoradoSprings Kissing Camels Golf Course goose, now free of the blow dart in its neck, sprint from a @COParksWildlife kennel and race back to the water where it’s greeted by other geese. #wildlife #rescue pic.twitter.com/iGD2pHfROo

Wildlife officers captured the goose and took it to a vet, who removed the dart.

The goose was then returned to its home on the golf course where it was warmly greeted by several other geese.

CPW has not released any information regarding who was shooting these animals with blow darts. 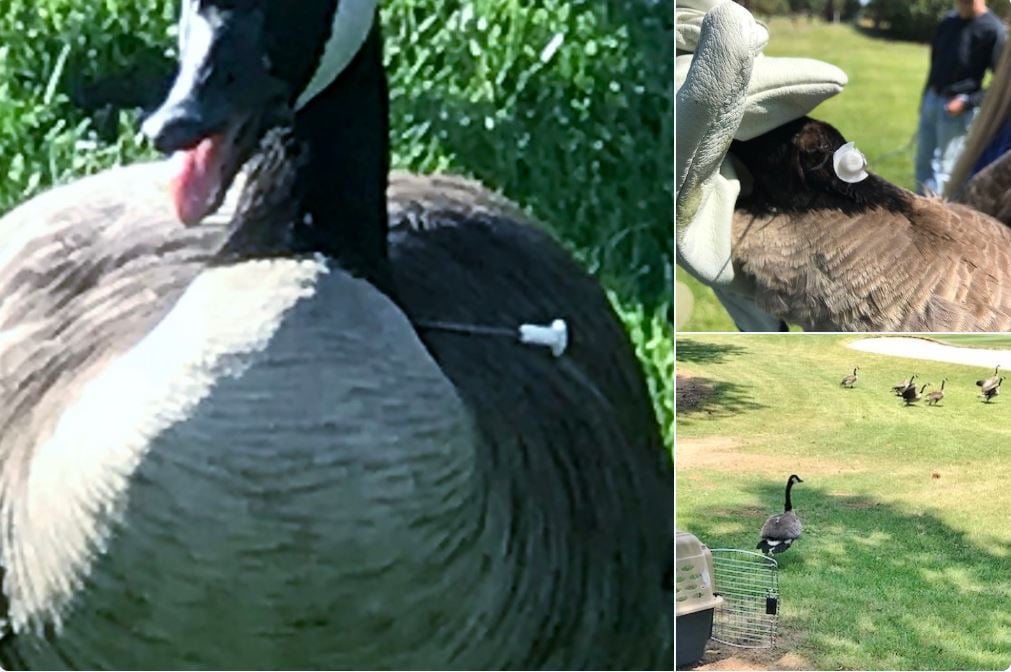