CPW said that ducks, rabbits, Canada geese, squirrels, and other animals have recently been the targets of someone with a blowgun in the Springs area. In some cases, the darts have injured the animals, while at least one rabbit has died.

CPW’s Southeast Region office has recently received a number of reports ranging from ducks shot at Willow Springs in Fountain, to rabbits shot at Quail Lake in a south Colorado Springs neighborhood. A Canada Goose with a dart hanging from its neck was seen Tuesday at the Kissing Camels Golf Course on Colorado Springs’ west side.

“This is illegal harassment of wildlife,” said Frank McGee, area wildlife manager for the Pikes Peak region. “It’s something we take very seriously. But we need the public’s help catching whoever is doing this.”

CPW encourages anyone with information on the darting incidents to contact them at the Southeast Regional office at (719) 227 – 5200. To provide information anonymously about a wildlife violation, the public can contact Operation Game Thief at 877-265-6648, by dialing #OGT from a Verizon cellphone, or by email at game.thief@state.co.us. Rewards are available if the information leads to an arrest or citation.

On a positive note, a goose that was darted at Sinton Pond near I-25 and Fillmore Street has survived and was recently seen nursing its young goslings. 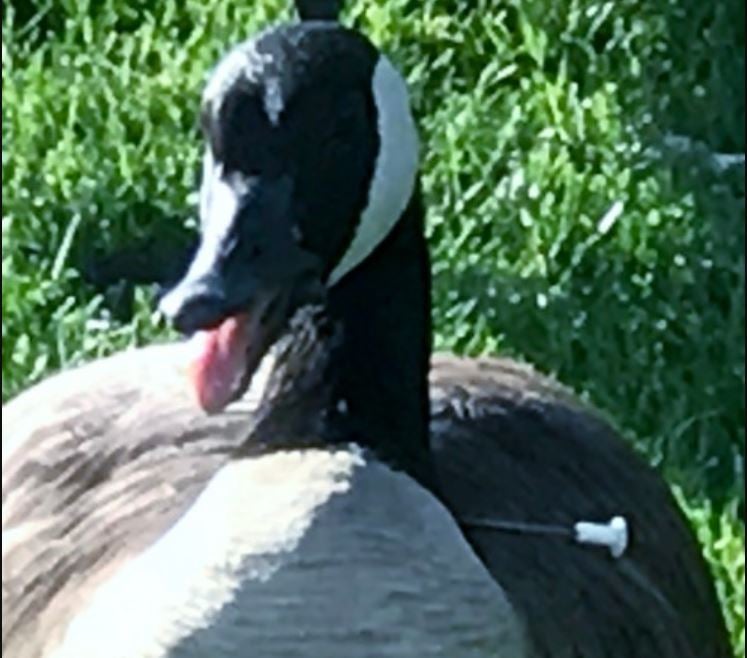