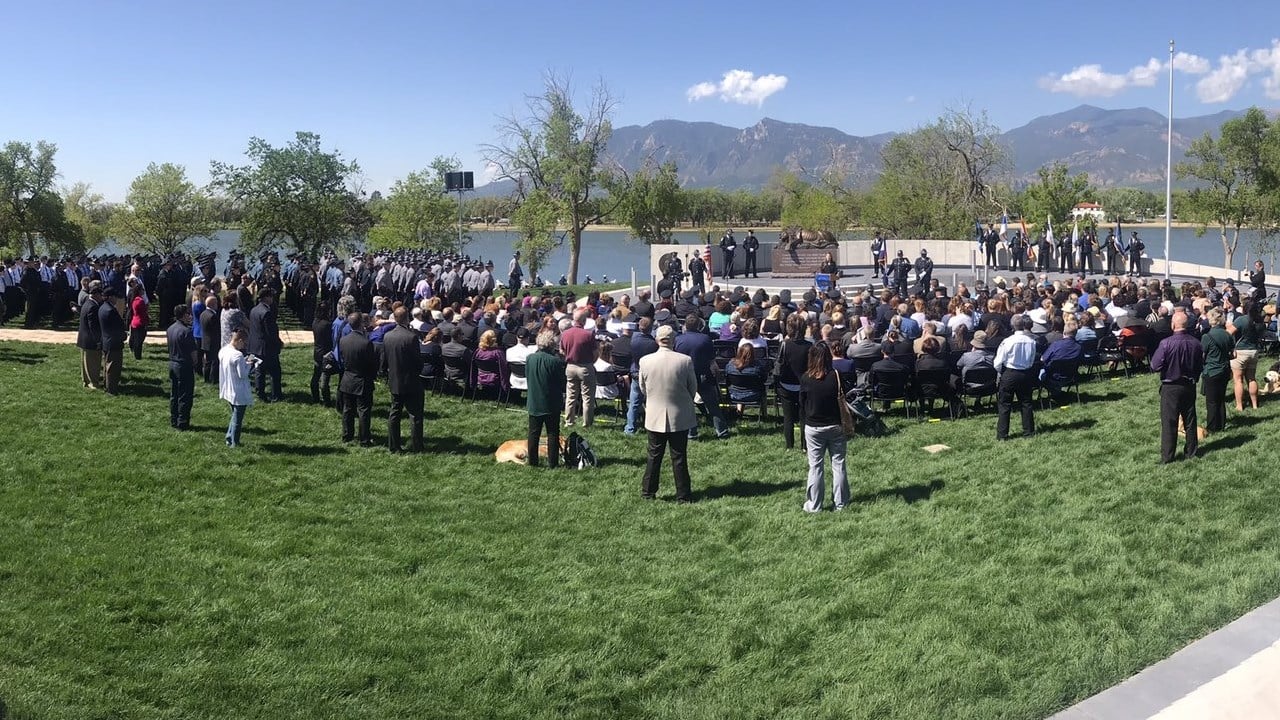 Law enforcement and supporters from around the Colorado Springs gathered Friday morning to remember fallen heroes at the newly dedicated Peace Officers Memorial.

The 25th annual Pikes Peak Region Peace Officer’s Memorial Service honored the 32 local officers who have died in the line of duty since 1895.

The keynote speaker for the service was Rachael Flick, wife of slain El Paso County Deputy Micah Flick. In her speech, Rachel Flick used the Lion of Lucerne at the center of the memorial to draw a parallel between the statue and "Aslan" the lion from "The Lion, the Witch and the Wardrobe."

Just as "Aslan" dies to save a life, Flick believes the selfless act of fallen officers, including Micah, serves as their legacy.

"To see that parallel between our fallen officers and them giving their lives and epitomizing the actual act of love, those were some really poignant thoughts for me," Flick said.

A place to honor the fallen officers in the Pikes Peak region was unveiled on Tuesday in Memorial Park.

The beautiful tribute to the 32 law enforcement officers who have lost their lives in our area is a project that’s been in the works for 13 years.

El Paso County Deputy Micah Flick, killed earlier this year, is included in the memorial. "This is such a beautiful tribute for what they’ve done for us," said widow Rachael Flick. "I pray that the community comes and sees that and takes this honor and puts it into the living men and women who continue to hold the line," she said.