SAN FRANCISCO (AP) – Twitter is advising all users to change their passwords.

The company said Thursday that it recently discovered a bug that stored passwords in an internal log in an unprotected form.

Twitter says there’s no indication that there was a breach or that any of the passwords were misused. But as a precaution, Twitter recommends users consider changing the passwords they use to log onto Twitter. They should also change that password if they used it for any other services.

The San Francisco company says it masks, or encrypts, passwords by replacing them with a random set of numbers and letters. But the bug caused passwords to be written to an internal log before that masking occurred. The company says it discovered the bug on its own and has fixed it. 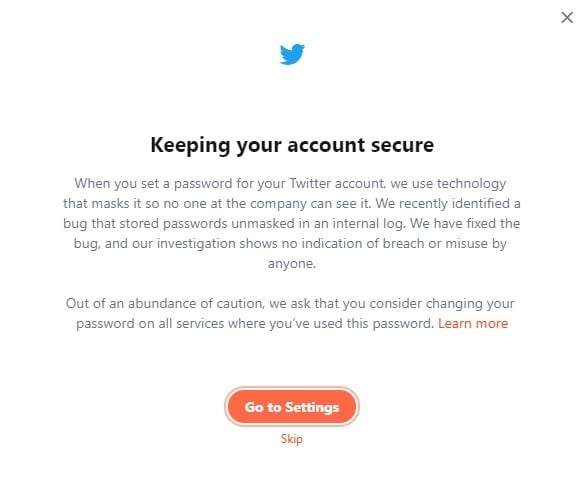