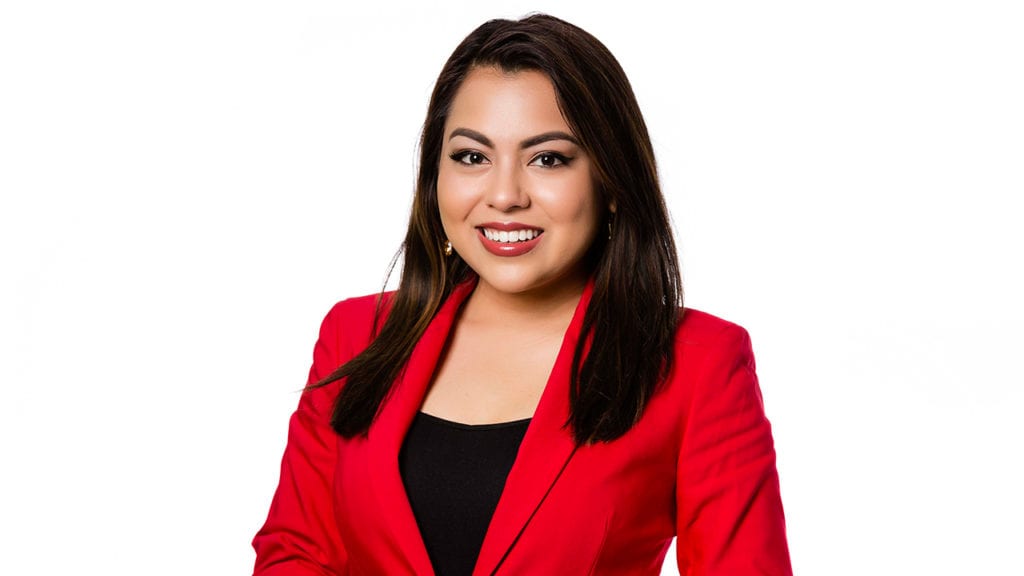 As a reporter, she wants to help viewers recognize their voice is powerful enough to spur change in their community and beyond – if they choose to use it.

Jessica is a native of the Sunshine State, where she’s worked for most of her career. Coverage in her hometown state has ranged from presidential visits and red-carpet events to breaking news – including police standoffs and life-saving fire rescues.

The first time she worked in a TV newsroom was at FOX 35 in Orlando, FL. As an intern, she ran in heels along cobble-stoned streets, held a handful of pythons, and stood in a mud trench – all in the name of journalism.

Jessica also picked up experience in a fast-paced network newsroom when she landed a highly-competitive internship at Meet the Press in Washington, DC.

While at the NBC News Washington bureau, she worked alongside the industry’s most well-respected correspondents and learned what it takes to open a dialogue about the nation’s most pressing – and sometimes divisive – issues.

Since moving to Colorado, Jessica has come to realize Florida’s hurricanes and rainstorms only make up a sliver of the dynamic and ever-changing weather spectrum she’s learned about in the Centennial State.

Jessica has done extensive live reports from the scene of wildfires including the Spring Fire, Carson Midway Fire, and the Chateau Fire. She’s covered flooding in Wetmore, hail storms in Fountain and snow pile-ups in Monument.

It still surprises her how the weather in Colorado can change at a moment’s notice and cause such long-lasting effects for everyone caught in its path.

Jessica has had the chance to sit down with fire evacuees and hear about those critical few moments when they had to leave their homes behind – often not knowing if there would be anything to come back to. Although it is difficult for her to see this type of loss and despair in her own community, Jessica has always set out to help these neighbors through her storytelling by spreading the word on how others can get involved in the recovery process.

The outpour of support for people in need never ceases to amaze her and it’s something she deeply admires about the Southern Colorado Community.

In fact, one of her most memorable stories was about Pueblo Police delivering meals to senior citizens in their homes.

The effort, put together by Meals on Wheels, was a wonderful display of goodwill and humanitarianism.

It was very endearing to see just how many volunteers come together to make it possible and to witness how this act of kindness was able to brighten up an elderly person’s afternoon.

Even though Jessica has already gotten settled into the Colorado Springs area, she still can’t believe she gets to wake up to the view of the Rocky Mountains every morning! She definitely doesn’t mind swapping the beach for the mountains and she thinks having real seasons is pretty neat, too!

When she’s not outside exploring new hiking spots, you might find Jessica toy shopping for her 2-year-old rescue cat Jolie, or she’s probably cozied up indoors watching Jurassic Park and/or Titanic for the trillionth time – classics never get old!

If you have a story idea, feel free to contact her: