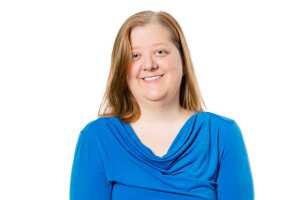 She previously worked as a producer in her hometown of Evansville, Indiana. She's held many jobs in television news, from running cameras in the studio to editing video and directing newscasts, before becoming a producer. She feels that experience gives her an understanding of every team member’s responsibility in creating a newscast, and what is necessary for each job.

As a journalist, Melissa is focused on telling complete stories in a balanced way. From the basic facts of a local event to understanding politics or other more complicated matters, it’s important to give the full picture.

Melissa served in the U.S. Navy beginning shortly after the 9/11 attacks before completing her college education at the University of Southern Indiana. She credits her military experience with teaching her valuable leadership skills, as well as how to work with a diverse team and to keep calm in stressful situations.

She loves spending time with her parents, relatives, and family dogs when she visits.

When not working at KOAA 5, Melissa reads any books she can find, runs or walks most days, and can’t wait until seeing live plays and musicals becomes possible again.

Her favorite thing about Colorado is the lack of humidity in the summer and snow in the Winter.