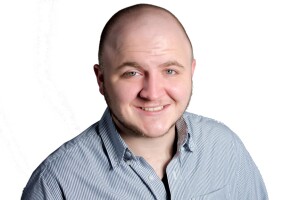 Logan McCrary is an executive producer for News5. He joined the newsroom as a member of the News5 Today team after two years as a producer at KTAL in Shreveport.

He comes from southern roots and a big family. He loves sports, everything about the winter, and his dogs. He refuses to negotiate the use of the Oxford Comma.

Logan graduated from Louisiana State University Shreveport with a degree in Mass Communications. His calling to the news came from an interest in radio and live sports broadcasting.

After 3 semesters studying geology at Centenary College, he decided a career in Louisiana's oil industry was not where he wanted to go. He changed schools and majors, setting him on the path that led him where he is today.

Logan's most treasured college experience came during his time as a member of the debate team and jazz band. Both require not only quick thinking and improvisation but also a honed sense of cohesion and teamwork - talents that are vital in the fast-paced world of journalism.

He was hired right out of college as a producer at KTAL NBC 6 in Shreveport, wherein the span of under 2 years, he ascended as the station's senior producer, writing the 6:00 and 10:00 newscasts on weeknights. He also helped launch a newly envisioned Friday night football sportscast.

A desire for a life outside the pine curtain of northwest Louisiana brought him to Colorado, where he fell in love with mountains and the winter season. He found a passion for snowboarding but swears he does not discriminate against skiers.

Besides Colorado's natural beauty, Logan was drawn to the challenge of covering one of the most dynamic and unique news markets in the country. From smallest rural towns on the plains to the global reach of NORAD, Southern Colorado has it all.

For better or for worse, often the eyes of the nation turn to what's happening here in this state, and he considers it a privilege to be able to tell the stories of our people here.