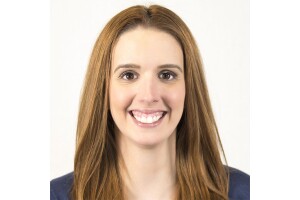 Jovana Simic joined the KOAA News5 team in June 2018 as a news producer and has now joined the digital content team. Jovana was born in Bosnia, lived in Serbia and then moved with her family to Illinois in 1998.

She previously worked at as a photographer at KMOT in Minot, North Dakota and then as a reporter and morning producer at KVLY in Fargo.

Jovana graduated from the University of Iowa in 2013 where she earned a Bachelor of Arts degree in Journalism and Mass Communications and Sport Studies.

When she is not working, Jovana is binge watching Marvel movies and the Golden Girls. She is a die hard sports fans and loves cheering on her favorite teams, the Chicago Bears and Cubs, Detroit Red Wings, San Antonio Spurs and Manchester City F.C.

Jovana never thought she would live in the Centennial State and is excited to explore Colorado and see what the state has to offer.