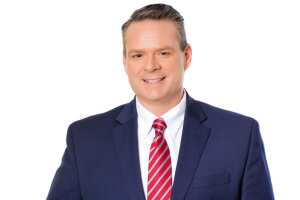 Ira Cronin co-anchors News5 Today every weekday morning on KOAA News5. He also brings you regular reports on the latest in the medical field with Your Healthy Family.

Prior to joing News5, Ira could be seen as a morning show anchor with the NBC affiliate in Charlotte, North Carolina and previously, as a sports anchor with WCNC in Charlotte and KSTU Fox 13 in Salt Lake City in 2001.

While in Salt Lake he covered the professional and college sports beat in Utah, and handled weekend sports anchoring. He has also held positions at KSL-TV (NBC) in Salt Lake City, beginning as a sports intern and becoming an editor and news photographer. While there, he covered the Atlanta Olympics.

Ira was born in Albuquerque, New Mexico, and attended college at Weber State University in Ogden, Utah where he earned his bachelors degree in Communications with an emphasis on broadcasting. He was named the Outstanding Graduate – Broadcast Emphasis from Weber State when he graduated in 1996.

Ira is married to Holly, a Registered Nurse, with whom they have three daughters. Ira spends his spare time chasing his kids, and trying to work in a round of golf here and there.