Homeowners have been asking for a fix for years 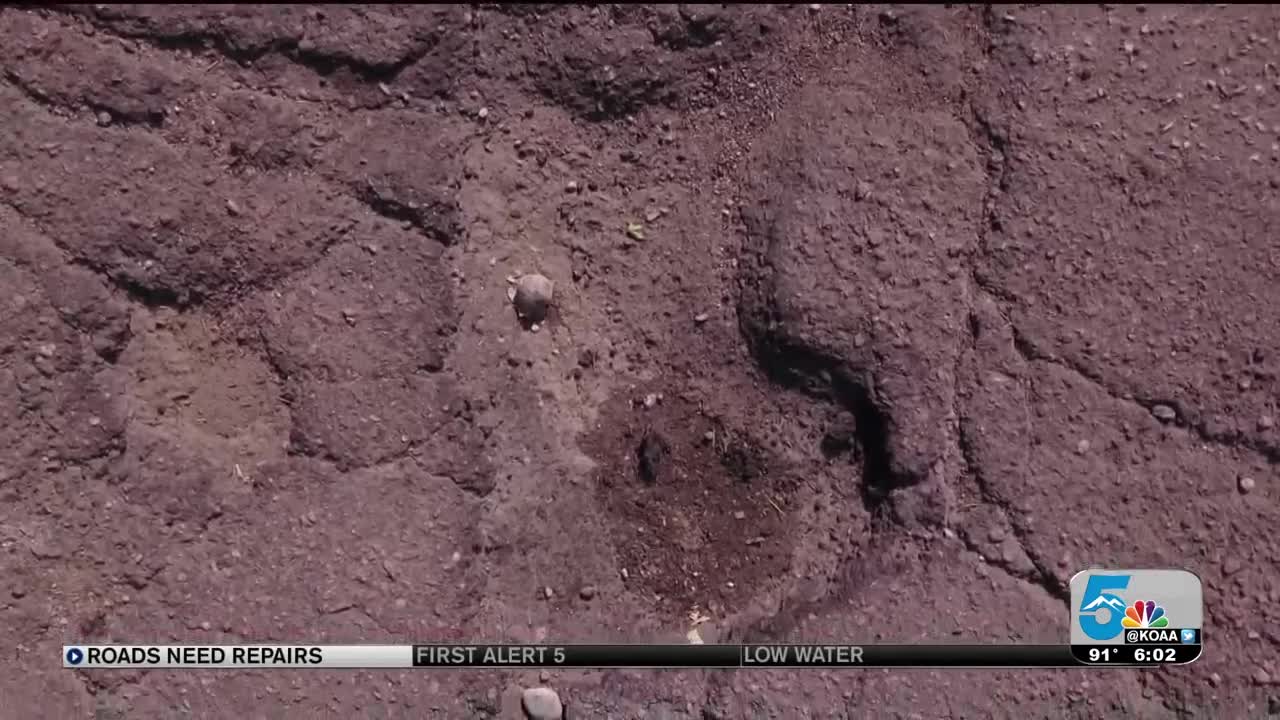 Crumbling streets seem to be a problem this time of year and one group of homeowners on the east side of El Paso County feel their pleas to fix their roads are falling on deaf ears. They say they've been waiting three decades for significant repairs. Now, these county residents are turning to News5 Investigates for help. Investigative Reporter Patrick Nelson went to the neighborhood to see why people are frustrated. 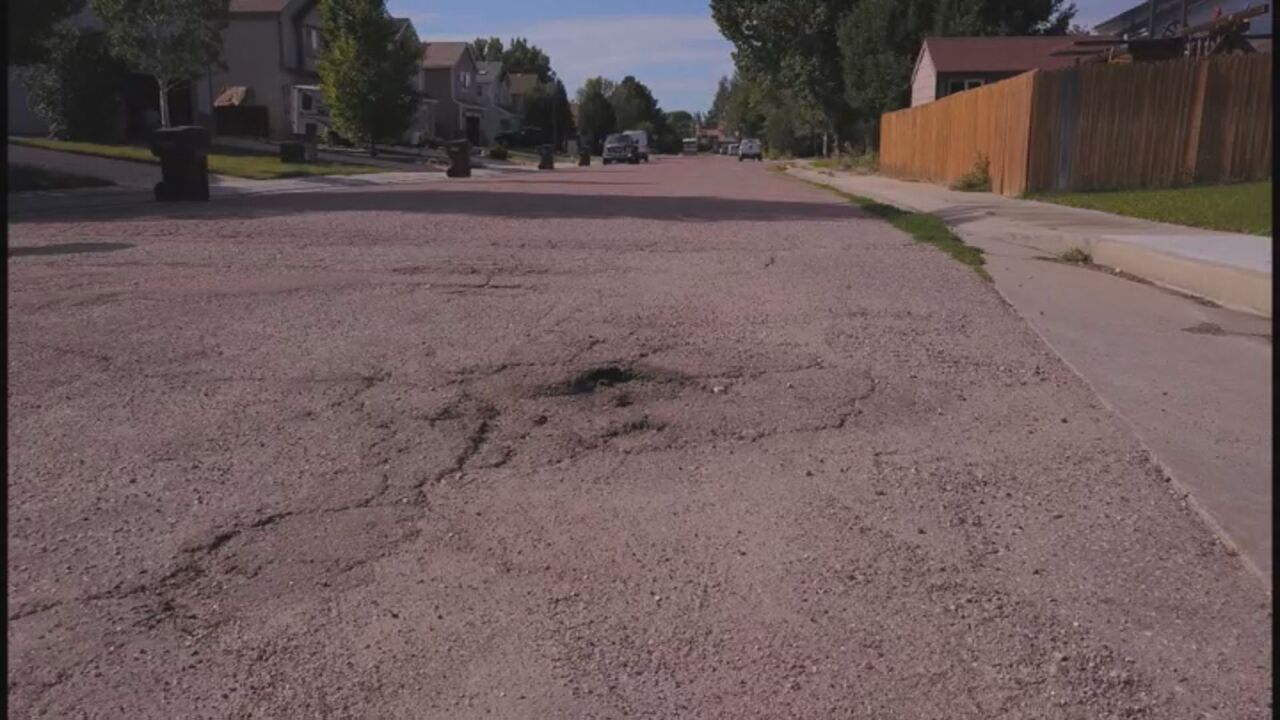 EL PASO COUNTY — Crumbling streets seem to be a problem this time of year and one group of homeowners on the east side of El Paso County feel their pleas to fix their roads are falling on deaf ears. They say they've been waiting three decades for significant repairs. Now, these county residents are turning to News5 Investigates for help. Investigative Reporter Patrick Nelson went to the neighborhood to see why people are frustrated.

People living in Colorado Centre say county crews are quick to patch and repair the dozens of cracks and pot holes, but say it's evidence these neighborhood streets are due for an overhaul. Homeowners say their streets haven't been overlayed or resurfaced in 30 years and during that time county officials continued to say they are looking into it. Frustrated residents are wondering why they aren't seeing their taxpayer dollars funding improvements in their neighborhood.

"This particular neighborhood has been here since 1994," said Jack Wilner who is one of the original homeowners. "Since 1994, we've grown from about 400 houses to about 1800 to 2000 so it's not a small neighborhood anymore."

"I'm not worried about my street. My street is part of the problem, but the whole area is the problem. Not my street," said Wilner. "What you're looking at right here. We'll call it a crack. What we will actually call it is a depression in the roadway, which means the road base underneath has now crumbled. It's not level any longer and because it's crumbled about every 30 feet you have a crack like this the entire length of Levi Lane."

Wilner says the crumbling roads are tough on cars driving through and the area has been so neglected weeds and grass are growing out of cracks in the road. Some homeowners fear these bad optics are starting to take a toll on their property values.

"I think it speaks for itself. The fact we have weeds and grass growing out of the middle of our streets speaks volumes to what I'm trying to point out to the public," said Wilner.

Homeowners have been voicing their concerns to El Paso County public works leaders about the conditions of Colorado Centre streets since 2013. They feel they're being ignored.

"We all have some pride in our neighborhood and the county won't acquiesce to using our fair share of tax dollars to fix our roads," said Wilner.

News5 Investigates reached out to El Paso County officials for comment. They say these roads were engineered in the 80's and 90's which make this a difficult job that will cost between $5 and $7 Million dollars to do properly. The entire roads budget for the El Paso County in 2018 was just $4 million dollars.

A plan for improvements to Colorado Centre streets is unclear and residents fear things will only get worse, making the price tag for repairs more costly as the once small community continues to grow.

"I'm not asking them to come out and write a check for $9 Million and do everything in a week, but put us on the schedule. We're not even on the schedule," said Wilner.

In an email late this afternoon El Paso County officials told News5 Investigates there are a lot of needs regarding the County roads and El Paso County has more lane miles than Rhode Island.

Still, no timeline or plan for a longterm fix in Colorado Centre, but it's clear county leaders are now hearing the concerns.

El Paso County Commissioner Loginos Gonzalez plans to host a town hall meeting Wednesday night at six inside the Colorado Centre Metro District Fire Department. We will be there.

County officials ask that anyone with concerns contact them through Citizens Connect: https://citizenconnect.elpasoco.com/#/homepage