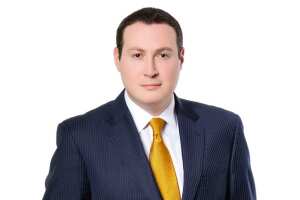 While he's covered everything from snowstorms and fires to political races, he has a true passion for investigative journalism and making a difference in the community.

Eric's work has led to changes in state law, criminal indictments, and tens of thousands of dollars in refunds for scam victims in Colorado.

Investigative journalism can ruffle some feathers and Eric is not afraid to ask tough questions and hold the powerful accountable. He enjoys being a voice and advocate for people who don't have the resources or power to speak up for themselves.

Eric is focused on getting results! Exposing a problem is only half of the story. Sometimes positive changes don't always happen immediately but when they do, he considers the story a success. His passion for exposing wrongdoing and helping others has been recognized by state law lawmakers and the Colorado Broadcasters Association.

In 2018, Eric received a Regional Edward R. Murrow Award for his work that exposed loopholes in state law that allowed squatters to legally take over people's homes. He spent several months working with lawmakers to draft Senate Bill 15, which ultimately was signed into law in 2018.

Prior to the bill's passage, squatter cases were civil matters and had to go through a lengthy eviction court proceeding in order for the legal homeowner to get their house back. There was also a lack of enforcement and criminal penalties for squatters who refused to leave prior to an eviction occurring. Eric's research found court systems are often tied up with eviction cases and it could take weeks or even months to get squatters out.

Under Senate Bill 15, squatter cases are now prioritized in the court system. These cases are heard immediately and if squatters fail to leave someone's property, they can now face criminal trespass charges.

Investigative reporting often includes hours of research "behind the scenes". It's not a 9-5 job. Some stories take several days or even months to research. However, when Eric is able to find free time, he enjoys skiing in the winter and hiking in the summer---two activities you really can't do in his hometown of Houston, TX.

Eric holds a B.A. in Broadcast Journalism from the University of Houston and has worked at television stations in Amarillo, TX and Milwaukee, WI.

He considers Colorado "home" now and enjoys getting out and meeting new people throughout the state.

If you have a story idea for News 5 Investigates or just want to say "hello", Eric would love to hear from you! You can catch him anchoring News 5 at Noon during the week and reporting for the evening newscasts.