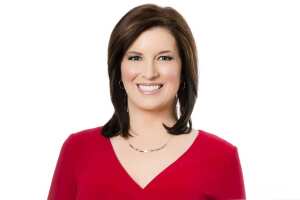 Before arriving in beautiful southern Colorado she was the weekend anchor and reporter at FOX5 in Las Vegas. She’s happy to return to a NBC affiliate, as she got her start at the NBC in Las Vegas starting as a newsroom assistant and working her way up to producer before leaving to start her on-air career at KYMA in Yuma, Arizona.

One of her most memorable moments was anchoring in Las Vegas the night U.S. Navy SEALSs stormed the compound where Osama bin Laden had been hiding out. His death and the SEALs’ triumph was one of the most viewed news stories of the time.

In 2012 Elizabeth was awarded an Emmy for anchoring team coverage of the death of Indy Car driver Dan Wheldon who died October 16, 2011 after a crash at the Las Vegas Motor Speedway.

In 2014 she was awarded an Electronic Media Award for best anchor in southern Nevada. She also received her second Emmy for anchoring Team Coverage of a Las Vegas Metro Tragedy- when two officers were killed in an ambush attack while eating lunch. It was one of the most difficult days of her career but she and her weekend team pulled it together to honor the officers who died and a good Samaritan who was killed as well.

Elizabeth was born in Texas but moved around a lot as a kid, she eventually called Las Vegas home where she went to UNLV and graduated from the Journalism Department. She loves spending time with her husband, stepdaughter, and the rest of her family including three nephews when she gets the chance. She also enjoys cheering on the home teams at football and basketball games and hanging out with her black cat Sadie, who she adopted from Pueblo.

Elizabeth loves to hike and explore everything our beautiful state has to offer. She already conquered the Manitou Incline and would love to hear your favorite spots to see or places to eat.