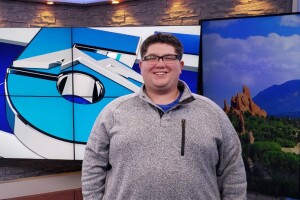 A graduate of the University of Missouri, he earned a Bachelor of Arts degree in Broadcast Journalism and joined News5 shortly afterward.

Edan developed his love for storytelling while growing up in St. Louis, Missouri. Where he learned the importance of telling stories that not only deserve to be told but need to be.

Now Edan is excited to explore this next chapter of his life and career while finding new adventures and stories to tell in the Pikes Peak region. He is also excited to get out and enjoy all of the outdoor scenery one can only find here in Colorado.