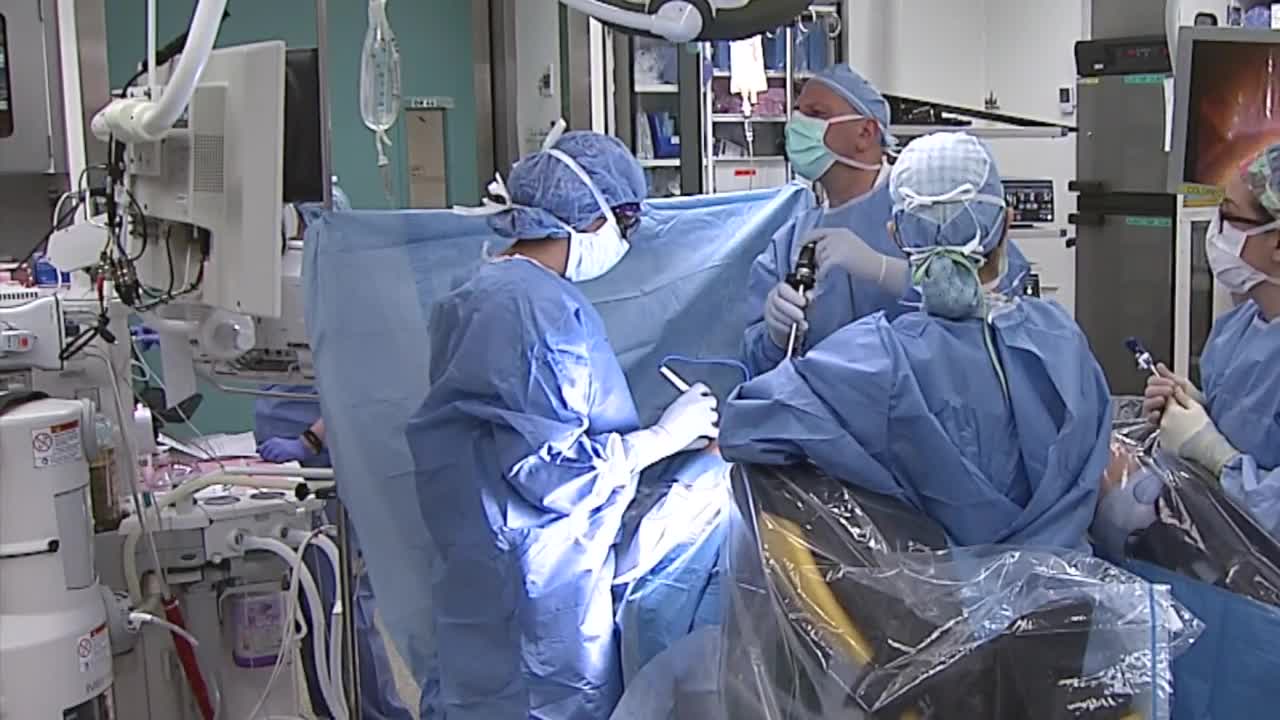 The man didn’t think much of a little blood during a bowel movement. “I just thought it was like a hemorrhoid.”

So, he didn’t think much of a little blood during a bowel movement.

But a colonoscopy told a different story.

“They revealed that he had a locally advanced rectal cancer, so a cancer really low down in his gastrointestinal tract,” said Michael Valente, DO, of Cleveland Clinic.

Simcox is not alone – he’s part of a concerning trend doctors are seeing around the world.

“Younger patients are getting diagnosed with colorectal cancer,” Valente said. “Specifically left-sided or rectal cancers, at a very young age. More than we've seen in the past.”

Screening for colorectal cancer typically begins at age 50, so it’s important to recognize warning signs like bleeding, abdominal pain, or change in bowel habits – and get them checked.

“The fact that Ben went to see someone was so important and without that we never would have found it, and this tumor would have progressed and maybe not been operable if we found it too late,” Valente said.

Simcox had radiation, surgery and chemotherapy. He’s now cancer free because he acted fast – and encourages others do the same.

“Just definitely don’t ignore, I mean, I know it’s embarrassing and stuff but it can cost you your life,” said Simcox.

Family history plays an important role in colorectal cancer risk, so be sure to have honest discussions with family about colorectal cancer and polyps – and don’t delay being checked because of COVID-19 fears.