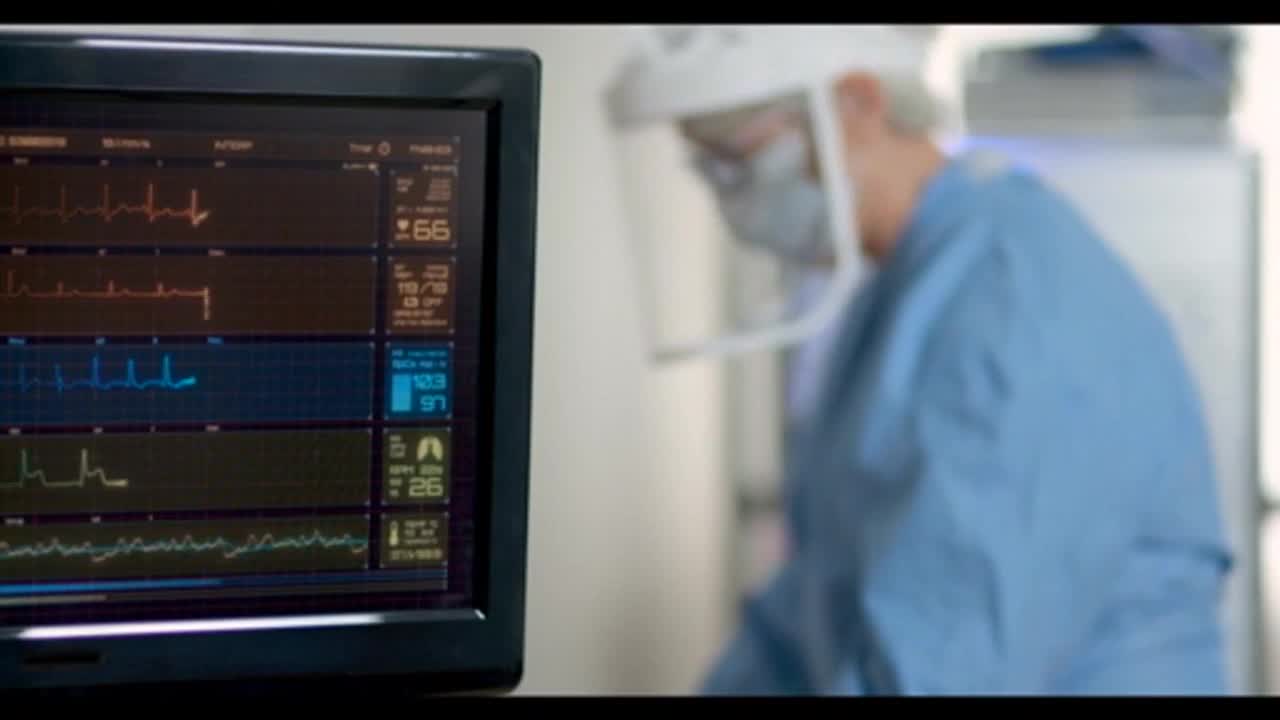 Tonya June says, “I told her, (Lisa) ‘I have a 20-year-old daughter at home that’s your daughter's age, and as far as I'm concerned I'll treat your daughter like she's mine, and I won't leave her side.’” Even when that promise involved Tonya having to leave her unit to be with Lindsay, she was true to her word and so much more.

COLORADO SPRINGS — When 19-year-old Lindsay Mase was hospitalized at UCHealth Memorial North Hospital with flu-like symptoms in early April, it was a tough situation for her and her mom, Lisa. No one knew what was wrong with her, but Lindsay assumed she was sick with the coronavirus.

Lindsay remembers the flood of emotions when they wheeled her from the emergency room to the isolation unit upstairs. “They said it was time to say goodbye. I was so sad, I didn't know what to do and I didn’t want to be brave.”

While she knew what was happening, Lisa says it was difficult for her, too. “I have a good friend who is a doctor who warned me that I probably wouldn't be able to go up with her. The emergency room nurses also prepared me, and told me to go home and get whatever she needed like her phone and phone cord so that she could communicate. I ran home and went back to the hospital, so I felt somewhat prepared. I was still a bawling mess when they wheeled her upstairs without me.”

Memorial North is just a few minutes’ drive from Lisa’s home in Colorado Springs. In fact, she can see the hospital from her kitchen windows. While it was comforting in some ways, it also amplified the helpless separation she felt from her daughter.

Lisa says she made daily trips to the hospital, “I would just circle the hospital on foot or in my car. I would go there once a day and drop things off for her. I would do a lot of staring at the hospital from my window just to feel better. She had her phone so we could communicate a little bit but there would be hours where I wouldn't hear anything from her.”

For Lindsay, technology helped her feel connected to her mom - at times. “I could text, and I could FaceTime, but most of the time I wasn't even looking at my phone because I was struggling. I could barely open my eyes, because I had a huge headache. I had a fever and I was sweating, I just couldn't do anything.”

Lindsay says what bridged the gap the most with her mom while she was in the hospital were the nurses who watched over her around the clock.

Registered nurse Tonya June was one of the many who cared for Lindsay and also formed a special bond with her and Lisa.

Tonya remembers, “Lindsay is a very sweet girl. It was very emotional for her because it was scary; clearly she wanted to have her mom. At the time we didn't know if she had COVID-19 so she was pretty scared about that.”

Lisa says for her, the nursing staff became a lifeline of information. “I really felt comforted, because I could talk to them on the phone at all hours of the night. I would often call at 4 in the morning. Tonya would answer and tell me about her vital signs and everything I needed to know. Tonya told me, ‘I will be there because you can't be.’ She really was for Lindsay; she was just wonderful and held her hand and did everything a mom would do.”

Tonya says, “I told her, (Lisa) ‘I have a 20-year-old daughter at home that’s your daughter's age, and as far as I'm concerned I'll treat your daughter like she's mine, and I won't leave her side.’”

Even when that promise involved Tonya having to leave her unit to be with Lindsay, she was true to her word and so much more.

Lindsay says, “She went down with me to the CT room after I just had a shaking attack, and I was not doing OK. She walked with me and she talked me through it. She rubbed my head and told me stories. She acted just like my mom would have, and I'm so grateful.”

Lindsay says through it all, while her diagnosis was still up in the air, it wasn't easy for all the nurses who took such good care of her in the middle of this pandemic. “They brought me blankets, water and they continually checked my vitals. They would come in and adjust the blinds, just little things that made me feel so much better. They were constantly checking on me and they still thought I may have had coronavirus, so every time they came in the room they had to get on all of their protective gear, and I imagine it was such a hassle.”

Tonya says, “Literally it's putting on a pair of gloves, putting on the gown, putting on another pair of gloves, putting on our mask, which is hard to breathe in, and a face shield. It’s not like our typical ‘just open the door with a fresh glass of water.’ We're doing all that to protect us, and protecting them from what we may bring into the room. It's a process to gear up and it's hard for the patients because they already feel isolated and then the delay of care sometimes with us having to put on the gear may make them feel more isolated.”

Meanwhile, Lindsay's COVID-19 tests came back negative. Lisa says, “Most of the doctors and nurses thought it was COVID, but they were still testing for every other possibility. They kept saying to me there were all these other illnesses before coronavirus came along so we have to rule everything out. They did a relentless job in testing for every single thing and they ruled out so many different things.”

The search for answers wasn’t lost on Lindsay either. “The doctors just kept trying to find a different avenue, running different tests to figure out what was actually wrong. Even though it wasn't coronavirus they still had to take precautions just in case, but they never stopped taking care of me.”

And then came a break: says Lisa. “Finally Dr. Tiffany Cartner called in Dr. Thomas Hackenberg who is an infectious disease specialist and he was the one that said, ‘I think this might be a bacterial blood infection’ and that's what it turned out to be.”

Lindsay says, “Dr. Hackenberg figured out that I had Lemierre syndrome, not coronavirus, which was a miracle because then I was able to be treated and I was discharged.”

In our final story tomorrow, Lisa and Lindsay will talk about life after this health journey that was complicated by all that comes with COVID-19.