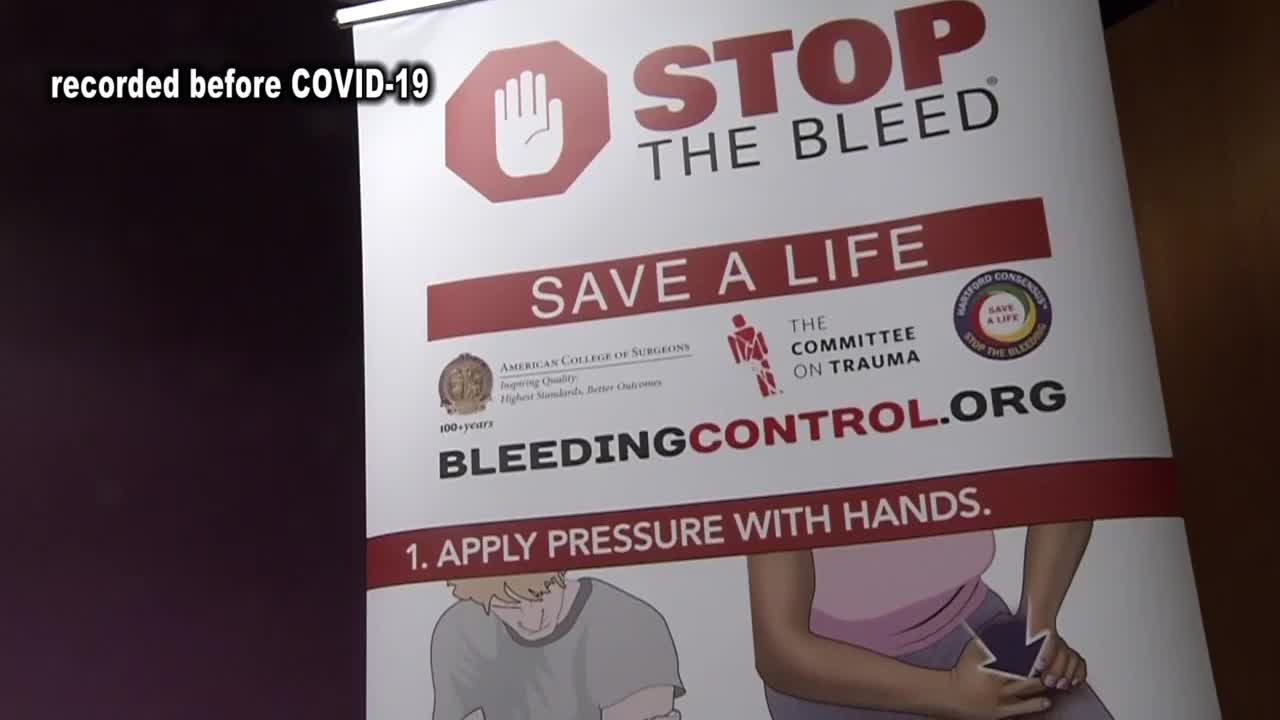 The survey found that although most Americans feel they could call 911 and about half could provide information to first responders, confidence drops when it comes to administering first aid.

ORLANDO, FL — Though it’s difficult to think about, what we would do in the event of a violent attack has probably crossed most of our minds, especially as the number and scope of these tragic events has risen in recent years. While we hope it’s a situation we will never encounter, being prepared to help victims in the wake of tragedy can be extremely powerful. However, a new national survey by Orlando Health finds the majority of Americans are not confident that they could provide life-saving aid following a violent mass attack.

The survey found that although most Americans feel they could call 911 and about half could provide information to first responders, confidence drops when it comes to administering first aid (42%) or applying a tourniquet (41%).

“Most commonly, the first person to encounter a bleeding victim is another victim or bystander, and they can really be the difference between whether somebody lives or dies,” said Joseph Ibrahim, MD, trauma medical director at the Level One Trauma Center at Orlando Health Orlando Regional Medical Center (ORMC). “Hemorrhage is responsible for 35 percent of traumatic injury deaths before victims reach the hospital and having basic knowledge on how to control bleeding and care for a wound can save lives.”

This critical role of everyday citizens became abundantly clear to Dr. Ibrahim and the trauma team after treating 44 victims of the Pulse Nightclub mass shooting in 2016. That’s why they partnered with Stop the Bleed to offer training sessions to schools, businesses and organizations that focus on three simple yet critical skills: Applying pressure, packing a wound and using a tourniquet.

“We try to answer any questions that would come in a trauma situation, like how long a tourniquet can be safely used, how to keep a victim calm and the signs of life-threatening bleeding,” Dr. Ibrahim said. “Addressing these issues in a controlled setting and getting hands-on practice with lifelike mannequins helps someone apply what they’ve learned to a real-life situation.”

It’s training that Michael McLatchey sought out after helping a critically injured victim of a jet ski accident in the Florida Keys.

“I heard the crash and when I paddled over to the victim and pulled her out of the water, I could see that her leg was completely severed under her right knee and there was obviously a lot of bleeding,“ McLatchey said. “I had never experienced anything like that before, and I think my reaction to help was just human instinct. I tied a rope around her leg, but I had no idea if what I was doing was effective.”

McLatchey wanted to be more prepared if he ever found himself in a position to help again, so not only did he seek out and participate in a Stop the Bleed session at Orlando Health, but he eventually became an instructor there as well. He also changed career paths and is now a medical student with plans to become a trauma surgeon.

“I didn’t know that day on the water was going to change my life, but I will never forget the orange tourniquet the paramedics put on the victim’s leg when we got her to shore. The bleeding stopped immediately and it saved her life,” McLatchey said. “I wanted to be able to have that kind of impact, and I’ve been lucky enough now to train hundreds of people who also wanted to possess those same skills to save themselves, a family member or a stranger.”

Dr. Ibrahim says the goal is that Stop the Bleed for traumatic injuries will become as well known as CPR for cardiac arrest or the Heimlich maneuver for choking. Some participants have already reported back that they have utilized what they’ve learned to help victims of car crashes and household accidents. He’s hoping the program will continue to expand so more people across the country are prepared to help when it’s needed most.

If you or your organization is interested in receiving this free life-saving training in southern Colorado, simply reach out to Lori Morgan, injury prevention specialist with UCHealth Memorial at 719-365-2872, or you can email her at injuryprevention@uchealth.Org. You can also visit StopTheBleed.org