Your Healthy Family: College student comes home, winds up in hospital during pandemic 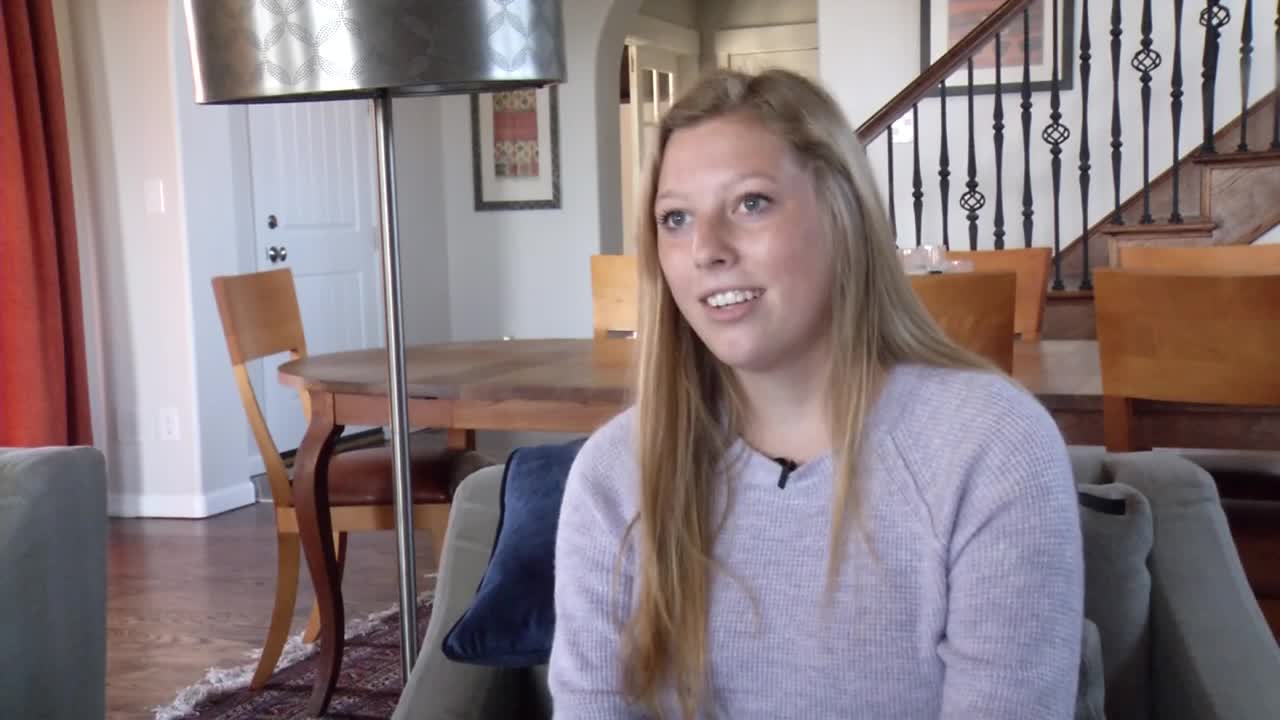 Lindsay says, "I thought I had coronavirus because I had all the symptoms. I have never been so sick, I didn't know what was happening.”

COLORADO SPRINGS — Nineteen-year-old Lindsay Mase, like most college students, had to come home early from school. Lindsay returned from California to live with her mom, Lisa, in Colorado Springs, but in late March, she began feeling sick.

Lisa recalls: “Lindsay first came down with a temperature on the 31st of March. The next day her temperature was around 104 and she started having these rigor attacks of shivering. That was the day that I was thinking, ‘oooh this is bad.’ ”

Lindsay says, “I have had high fevers in the past but two days after I got a fever was when it became really serious. I developed these rigors - or shaking attacks. I've never had that before. They happened about every 5 hours or so and I couldn't stop shaking and that's when I was really scared.”

At the time, headlines were dominated by COVID-19 and health experts warned that if you come down with flu-like symptoms, assume you probably have the virus and self-isolate.

Lindsay says, “I definitely thought I had coronavirus, because even though I was breathing OK, I had all the other symptoms. Tylenol didn't do anything and I have never been so sick. I didn't know what was happening.”

Lisa also assumed the worst. Lisa had taken Lindsay to their primary care doctor a couple of times, and they had even called 9-1-1 after a severe attack of the chills, but each time her oxygen levels indicated she was not having trouble breathing.

Then Lisa says, “On Saturday the 4th of April we went (again) to the primary care doctor and they did some more blood work and saw that her blood was really abnormal, and she was septic. Then she had a terrible rigor attack that night and her oxygen level went down to 81, and we took her right to the hospital and they ended up admitting her.”

Lindsay remembers that she was hoping that her mom might be able to stay by her side at UCHealth Memorial Hospital North. “Some of the nurses in the emergency room were saying that maybe we could have an accommodation because I'm 19 that they would possibly be able to let my mom stay with me, so I was hopeful. Then at 6 a.m. they were going to wheel me up to the room and they're like, ‘Say goodbye.’ I was so sad I didn't know what to do.”

Many times a typical 19-year-old wants to put on a brave face that they are ready to take on the world by themselves, but Lindsay says not when she felt so bad and showing symptoms of a new deadly virus as southern Colorado was bracing for a spike in cases. “I did not want to be brave.”

In our next story, Lindsay's surprising diagnosis and how it was reached In the middle of this pandemic and her doctors were able to pin it down. Lisa and Lindsay will also talk about the people who helped them stay connected, while Lindsay was isolated for five days.