Your Healthy Family: Springs man meets the healthcare heroes who saved his life 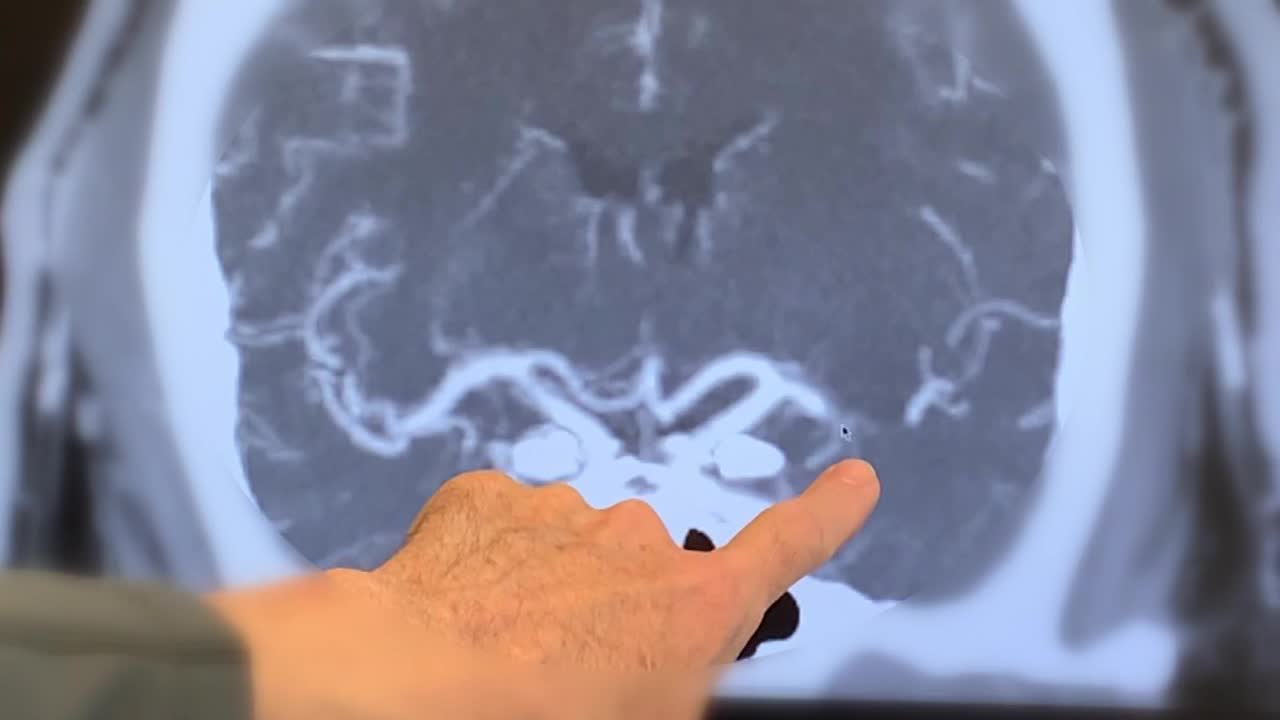 Jack Anderson first met these heroes in late August when he was having a massive stroke on the side of the road, near Wescott Fire Station 2.

COLORADO SPRINGS — In late September, there was an amazing reunion at UCHealth Memorial Hospital Central between Jackie V. Anderson and a special group of people who each played a role, in some way, in saving his life.

Jack, as he is usually called, first came into contact with these healthcare heroes about a month earlier, on Aug. 23rd, when his story began on the side of the road on Highway 83 North, around 9 a.m., very close to Wescott Fire Station 2.

At the hospital reunion, just a month after Jack had suffered a massive stroke, each person talked with Jack about their interactions with him on that fateful day. Each was thrilled that on the morning they first met Jack, everything went right; because of a chain of events involving multiple healthcare workers in the community, Jack was there celebrating with them that day.

Justin Myers is a Wescott firefighter: “So we were eating breakfast; we could see out the windows onto the highway that some traffic was starting to back up so we went out to investigate and saw bystanders walking toward us at the fire station and they said there’s a man crawling around on the highway.”

Dr. Clinton Fouss, an emergency medicine physician at UCHealth Memorial, was the first doctor to treat Jack when he arrived at Memorial Hospital North. “So you got to the ER and you were completely paralyzed on the right side,” he explained to Jack at the reunion. “It was the most profound stroke I’ve ever seen in a young person.” Jack was just 42 years old at the time.

Dr. Fouss worked closely over UCHealth’s telestroke system with neurologist Dr. Brandon Glover, who was across town on duty at Memorial Hospital Central. After getting a first look Jack’s brain scans in real-time from Memorial North, the decision was quickly made to fly Jack to Memorial Central, the only Comprehensive Stroke Center in southern Colorado.

Dr. Glover quickly saw on the scans that more needed to be done to intervene in Jack’s stroke: “This was going to be a devastating, life-altering stroke.”

Matt Bergland is a flight paramedic with UCHealth’s LifeLine transport helicopter and was on duty that morning: “I was super worried about you, man,” he said when he met Jack. “You’re young for a stroke and I thought when I first saw you …neur there’s no way he’s going to recover from this - it’s not possible that he will recover from this.”

Dr. Glover also made the decision to alert the neuroendovascular team at Memorial Central and Dr. Daniel Huddle, who also was looking at Jack’s brain imaging scans well before he arrived.

A blocked blood vessel in the brain means the areas of the brain fed by the blocked vessel are dying. Dr. Huddle says Jack’s blockage was in a very dangerous location. “This is the left carotid - and this was what we call a large vessel occlusion,” he said, showing the scan. These are the dangerous ones, on the left side of the brain, so that affects speech and motor function and are in right-handed people, the dominant side of the brain.”

Jack, for his part, says he only knew something wasn’t right, and we’ll hear more about that and the chain of events that unfolded that day in our next story. The biggest part of his story, and most amazing, is that once he started having a stroke he was quickly being assessed and treated by first responders who are trained in stroke care.

You can know the common warning signs of a stroke by remembering BE FAST.

If you are having trouble with:
Balance
Eyesight

Facial drooping
Arm weakness on one side of the body,
Speech, slurred speech
Time to call 9-1-1

Dr. Huddle says because for every second during a large vessel ischemic stroke - which is what Jack was having – 32,000 brain cells die. “Time is brain and everybody needs to bring their game up in that regard. If the community doesn’t know to call 9-1-1 we often times can’t help.”

Dr. Glover, the neurologist who treated Jack, also adds, “Some of the other things that people will often miss are brain stem strokes, and with those you don’t necessarily lose your vision, but you can get double vision, you can still have slurred speech or problems speaking but generally the symptoms to be in both sides of the body are you have balance issues, and sometimes you can even have like mood alterations, where uncontrollable laughing or things like that. Those are a lot more difficult to kind of assess but I would suggest that anybody who notices things on both sides of the body accompanied with dizziness and some speech issues should call 9-1-1.”