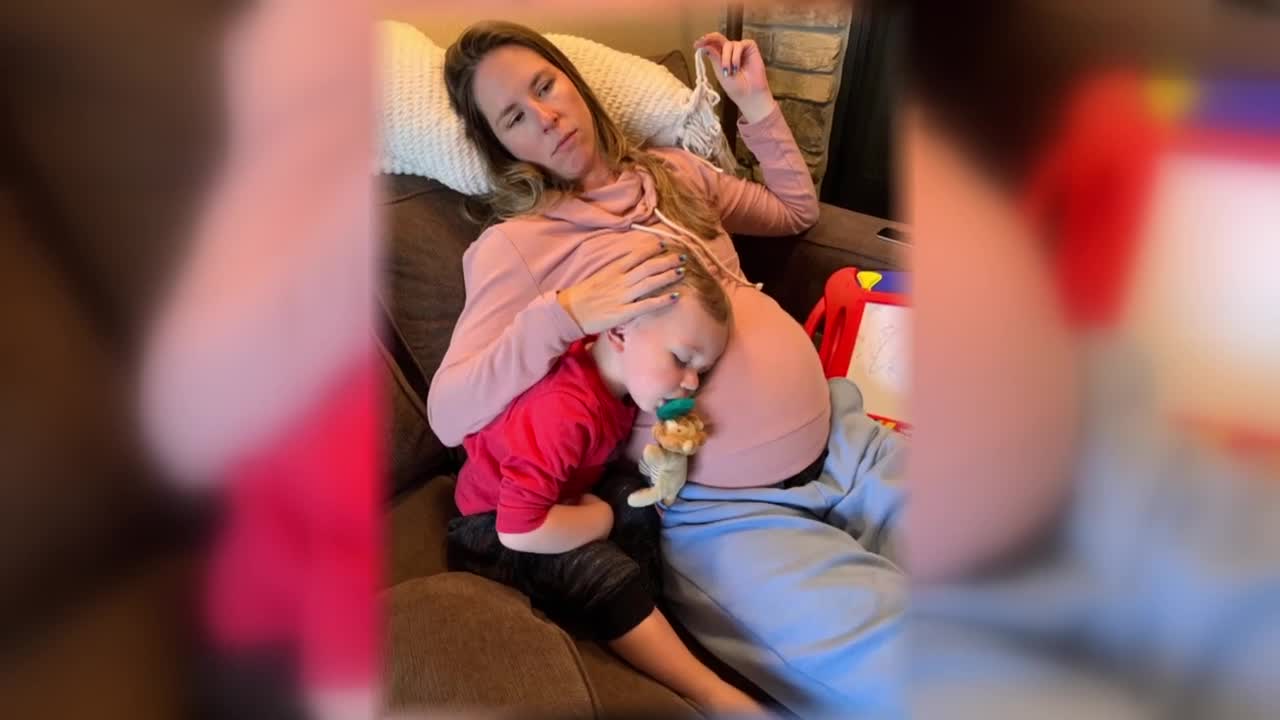 Morgan Riggen gave birth to her second son halfway through April, about the same time some predictions were that southern Colorado hospitals could be dealing with an initial peak of COVID-19 cases.

COLORADO SPRINGS — For many women, giving birth in the best of times can be filled with uncertainty and anxiety, let alone during a global pandemic.

Morgan Riggen gave birth to her second son halfway through April, about the same time some predictions were that southern Colorado hospitals could be dealing with a peak of COVID-19 cases. Morgan said she was a bit nervous, but any fears turned out to be unfounded. The hospital was calm, safe and the nurses were great, she said.

But as the due date was approaching, Morgan and her husband, Gentry, were weighing their options - all of them. Morgan says, “We even talked about having a home birth, but we didn't really have enough time to plan one of those, and I really wasn't into that.”

What Morgan and Gentry knew for sure, was that initial plans of who would be at the birth were not going to be possible.

Morgan explains, “I have three sisters and my mom's in town and my best friend was actually going to come, so (initially) we were going to have six people in the room.”

They had thorough discussions with their doctor about their concerns and decided it was best to deliver at the hospital as originally planned.

Little Elliott arrived on April 17th, 2020, and for Morgan and Gentry, while the experience at UCHealth Memorial Hospital Central in Colorado Springs was a little different from what they originally planned, Morgan explains: “It turned out to just be me and my husband (in the delivery room) and it was actually really nice to just have it be us. My husband was allowed in, and he had to stay in every room with me that I was in but, you know, it was actually a really good experience.”

To other expecting moms during these uncertain times, Morgan says, “Don't believe everything you're hearing. Talk with your doctor and know it's really not as intimidating or scary as you might think in your mind. I was a little worried that the nurses might be overwhelmed, but the hospital was calm, and they were super nice and attentive. The overall experience was very calm and if I can do it, you can do it. It'll be fine.”