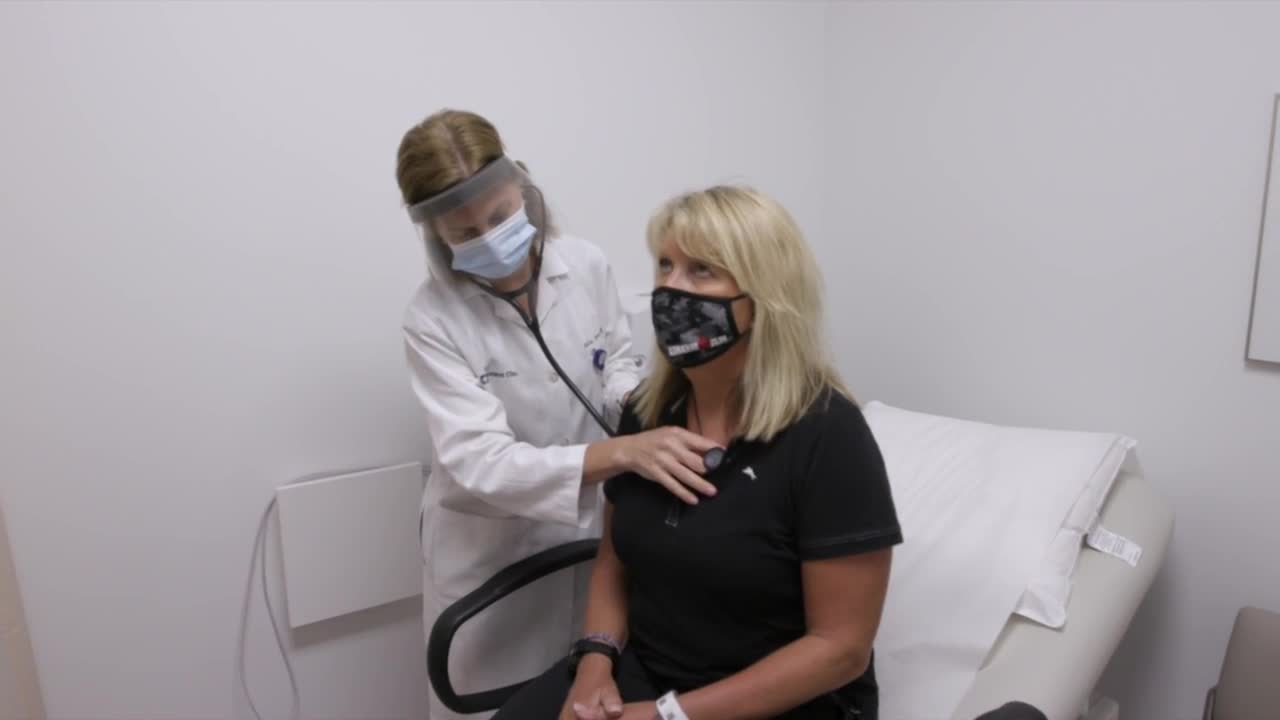 While a mammogram didn’t uncover Pam Benchley’s cancer, it still detects a majority of breast cancers at an earlier and more treatable stage.

In 2019, while training, she noticed a rough patch of skin on her left breast.

“There's always something that is an ouchy, or rubbing, or a little pain here or there,” said Benchley. “You know, you don't really think much of it. And when I saw this spot I just thought, oh it's just dry skin.”

“She only had one area in her liver of metastasis, and she really didn't have any cancer elsewhere in the body other than the breast and regional lymph node area,” said Halle Moore, MD, of Cleveland Clinic.

“With the cancer we were going to get it and we're going to get after it and it's going to be OK,” Benchley recalls. “But I thought the open heart surgery part was like, oh my gosh, this can't be happening to me.”

Benchley’s aneurysms were small, so doctors suggested monitoring instead of surgery. Next, it was time to treat the cancer – starting with oral medication and targeted therapy, and she had a great response.

”We took a very aggressive approach, and we treated the liver with radio frequency ablation, and she did have surgery for the breast,” said Dr. Moore. “And then that was followed up with radiation treatment.”

Pam was biking and running a couple weeks after surgery.

So, this fierce athlete, wife and stepmom continues to focus on the journey ahead.

“Just because you get a cancer diagnosis it doesn't have to define you,” Benchley said. “I feel like I have this amazing, big, wonderful, huge life and cancer is a little tiny sliver part of it.

While a mammogram didn’t uncover Benchley’s cancer, it still detects a majority of breast cancers at an earlier and more treatable stage.

Doctors recommend women speak to their physicians to determine when is best to begin screening.