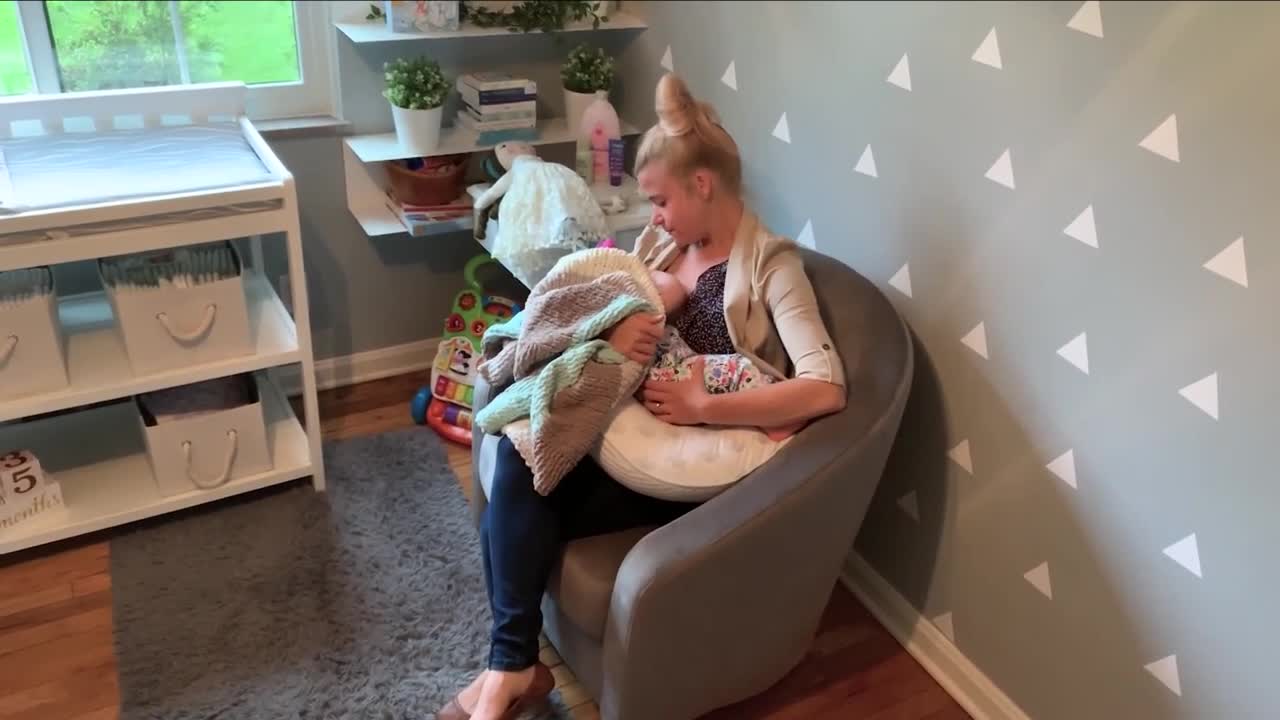 Even moderate exercise during pregnancy increases a compound in breast milk that reduces a baby’s lifelong risks of serious health issues such as diabetes, obesity and heart disease.

A new study led by researchers at The Ohio State University Wexner Medical Center and College of Medicine finds even moderate exercise during pregnancy increases a compound in breast milk that reduces a baby’s lifelong risks of serious health issues such as diabetes, obesity and heart disease.

Findings from the study published online today in the journal Nature Metabolism. (https://go.nature.com/3drWN5Z)

“We've done studies in the past that have shown that maternal exercise improves the health of offspring, but in this study, we wanted to begin to answer the question of why,” said Kristin Stanford, a researcher at The Ohio State Wexner Medical Center’s Diabetes and Metabolism Research Center and lead author of the study. “Because there is evidence that breast milk plays a major role, we wanted to isolate the effects of breast milk on offspring health.”

To do that, Stanford and her team – including researchers at the University of California, San Diego, Arkansas Children’s Nutrition Center, and the Joslin Diabetes Center – studied mice born from sedentary mothers and fed them milk from mothers who were active throughout pregnancy. They found that the health benefits from fit moms transferred to the pups, proving that they were, in fact, passed through breast milk and not simply inherited genetic traits.

Researchers also followed about 150 pregnant and postpartum women using activity trackers and found that those who had more steps per day had an increased amount of a compound known as 3SL in their breast milk, which they believe is responsible for these health benefits.

“The increase in 3SL were not necessarily related to exercise intensity, so even moderate exercise like a daily walk is enough to reap the benefits,” said Stanford, an associate professor of physiology and cell biology at Ohio State’s Dorothy M. Davis Heart and Lung Research Institute. “Exercise is also great for your overall health during and after pregnancy, so anything you can do to get moving is going to benefit both you and your baby.”

Because many women are unable to breastfeed or experience complications that require bed rest, researchers are examining if they can isolate this beneficial compound found in the breast milk of active moms and add it to infant formula. “This human milk oligosaccharide had a significant impact on offspring healthy. Being able to add this into formula could provide benefits for babies when women aren't able to breastfeed,” Stanford said.