Your Healthy Family: Colorado and Vegas flyover salutes were just the beginning 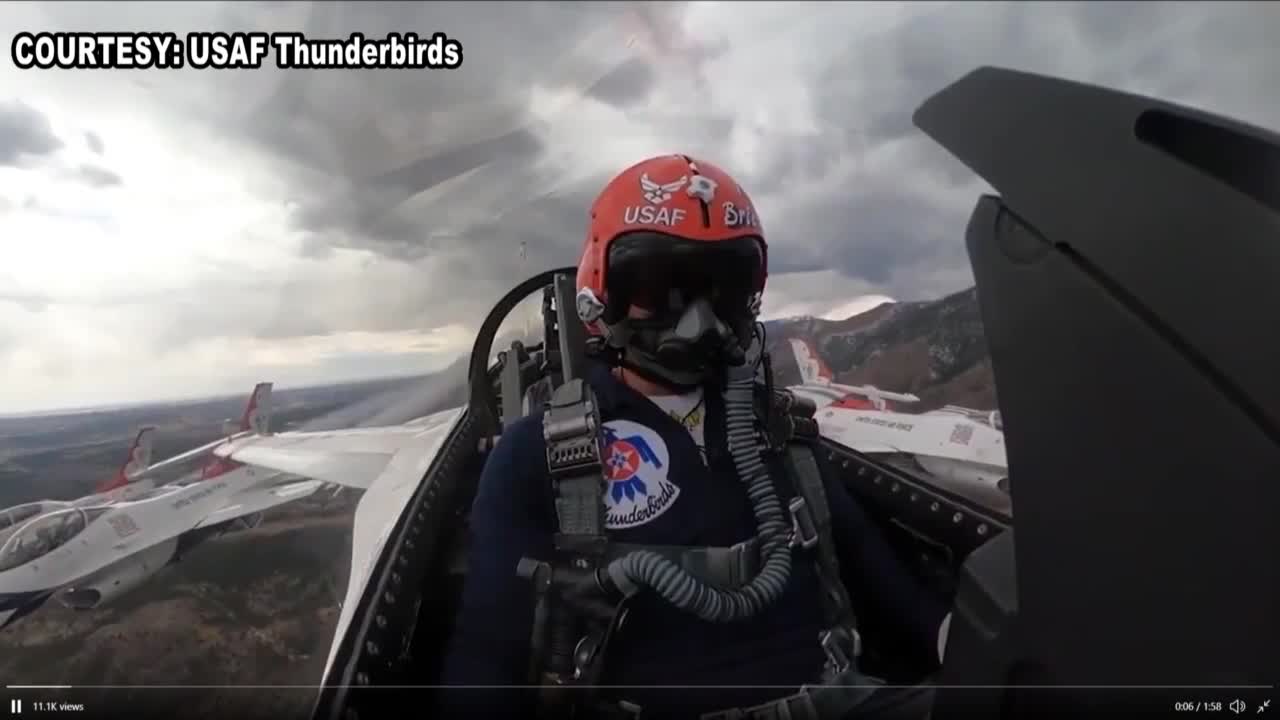 A flyover that consists of several cities is a massive effort for the pilots and those who support them and it involves planning, support and precision flying.

COLORADO SPRINGS — This week President Trump announced The United States Air Force Thunderbirds and their counterparts from the United States Navy, The Blue Angels will be joining forces to do more salutes to healthcare worker flyovers, like we saw in Colorado last weekend called America Strong.

Flyovers that cover such a large area like Colorado can be hard to find, stake out the right spot, and hope you don’t miss them. That's part of the thrill of a flyover for those of us stuck on the ground, it's over in an instant.

Thankfully, the Thunderbirds put together a video they released on their social media pages earlier this week, (WATCH HERE) mixing a cockpit view of what it’s like for the team, and social media clips of those who watched from different cities across Colorado.

A flyover that consists of several cities is a massive effort for the pilots and those who support them and it involves planning, support and precision flying.

On Saturday April 18th, the team’s day began with a flyover at the United States Air Force Academy for the hat-toss for the class of 2020. That was followed by aerial refueling for a flight plan that took the team from Greely to Fort Collins, Boulder, Denver, Colorado Springs and Pueblo and major medical centers in those communities.

And for the medical workers in Colorado, their families, patients and anyone who caught a glimpse of the Thunderbirds, all were thrilled and inspired by them.

Including Dr. David Steinbruner, MD and associate chief medical officer for UCHealth Memorial Hospital in Colorado Springs. When I asked him if he caught the flyover his face lit up, “Yea!” telling it me it meant a lot to the team at UCHealth.

Dr. Steinbruner also told me that right now every hospital employee appreciates gestures of gratitude for what they are dealing with and still preparing for right now, big or small, even if it doesn’t come from a team of red, white and blue F-16’s. “People love it, our people are overwhelmed by the outpouring from the community saying, ‘Hey you guys are heroes, we really appreciate what you're doing.’ It's important because when they go to work they say, ‘You know what I do really matters.’ Sure, they know that, but when everybody else says it as well I think it puts a little more spring in your step and you hold your chin up higher, and you can deal with more difficult situations.”